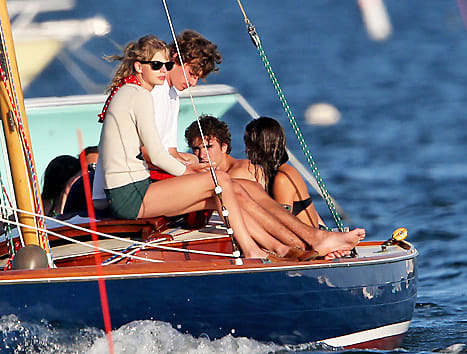 Yesterday someone hijacked the official Facebook accounts of at least nine Major League Baseball teams to post some hilarious, highly inappropriate status updates, including an announcement from the NY Yankees that Derek Jeter would be missing the rest of the season to undergo a sex change operation, and a simple "Fuck Bill Murray" from the Chicago Cubs, among others. [Deadspin]

Following his loss to Michael Phelps for the gold medal in their final man-dolphin Olympics showdown last night, Ryan Lochte admitted to peeing in the London Olympics swimming pool—but only during warm-ups, never races—to Ryan Seacrest in a radio interview this morning. [TMZ]

Lance Everett Wyatt, a successful L.A. plastic surgeon at Cedars-Sinai who studied medicine at UCLA and Harvard, is arrested for allegedly videotaping his patients while nude in his office. [KTLA]

Jessica Biel and Justin Timberlake are reportedly getting married sometime this month in a wedding at Yellowstone Club, an exclusive ski and golf resort in Big Sky, Montana. [Celebuzz]