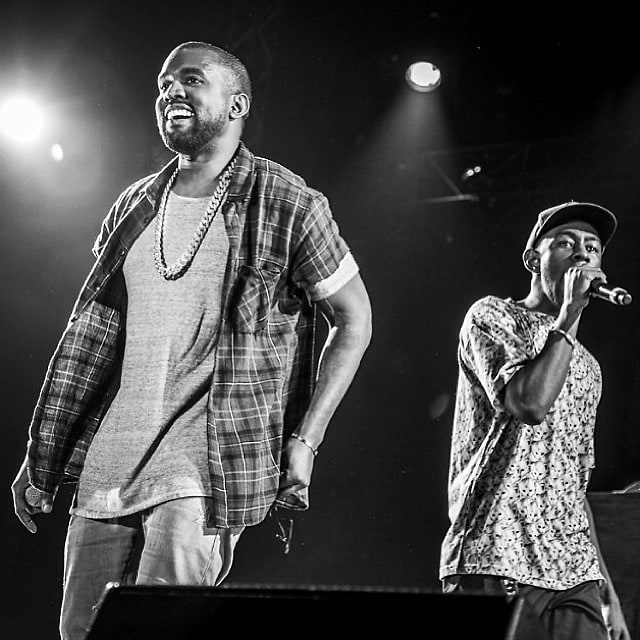 Kanye West, Tyler The Creator [via]

Fans who turned out for the second annual Odd Future Carnival at L.A. Memorial Coliseum on Saturday got a very special surprise when Yeezus himself appeared on stage during Tyler The Creator's set. Joined by Tyler and Earl Sweatshirt, Kanye's unannounced appearance included performances of his tracks "New Slave" from Yeezus and "Late" off of Late Registration.