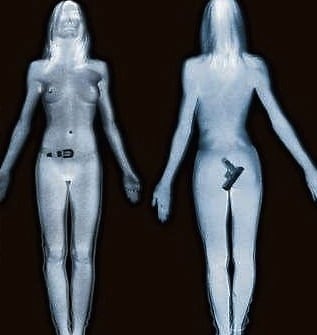 Those airport body scanners aren't just there to shame you as you walk through knowing the surly TSA agent just learned the circumference of your areola. At LAX, they also detect "anomolies" on your person. Namely, your weed stash. But don't worry about winding up like our favorite ever-stoned geezer, Willie Nelson, if this should happen to you.

In a shocking turn of events, a rap star taught us what happens when you try to smuggle some of Cali's finest through the LAX body scanners. Kurtis Blow learned the not-so-hard way this morning when TSA agents noticed "an anomoly in his pants" on his body scan. 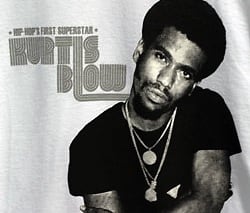 A follow-up pat-down of the legendary rapper unearthed a reserve of marijuana, of all things, stowed away in his pocket. Who can blame him? We all wish we could bring some of the nation's best sticky green along with us when traveling out of state—especially if it's to Florida.

But the story has a much happier ending than the grandpappy of stoners' Thanksgiving weed bust. Because the amount was under an ounce, Blow was issued a slap on the wrist in the form of ticket, what Arnold likens to a parking citation, and proceeded to the gate (and hopefully the airline's club lounge where he sparked that mofo up before take-off).  Leave it to a pioneer like Blow to lend us this valuable lesson and remind us why we love L.A. Thanks again, rap world!