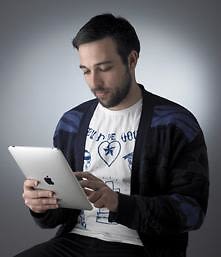 f you own an iPad, you're probably an iHole, according to a recent study.  MyType, a technology firm, conducted a survey with 20,000 Facebook users about the interests, characteristics and personalities of those who own the oversized iPhone without phone capabilities. According to the survey, iPad owners are "selfish, scoring low on measures of kindness and altruism."

The study found that "selfish elites" (read: work-obsessed yuppies) are about 6 times more likely to own an iPad than everyone else. The selfish part correlates to the that fact that most who bought the iPad were supposedly interested into being connected to their work all the time, and therefore less likely to be aware of the needs of their families. So basically, if you're willing to pay $500 dollars for the device, you probably don't care about the people around you. And by elites, they mean  "young, rising high performance professionals." So unless you don't want to be mistaken for a heartless, self-important yuppie, you better nix your plans of getting that iPad...? 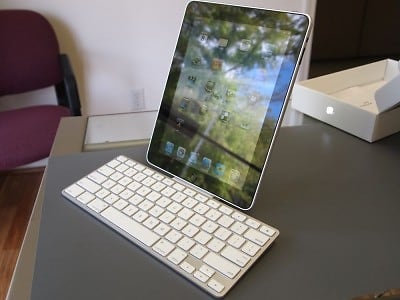 [Photo via] We're not sure about the value of  this "study" but we can say propping up your iPad and connecting your keyboard to it looks absurd. And yeah, it does make you look like a total iHole.