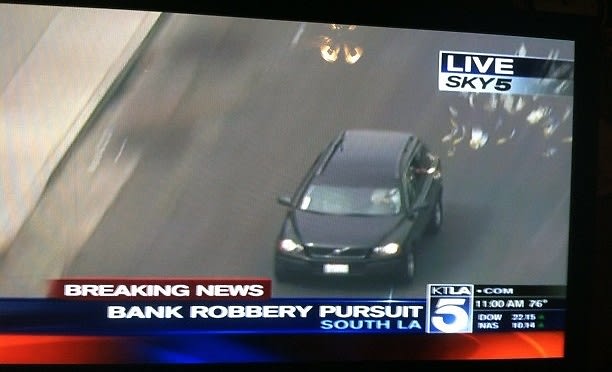 Who needs fiction when you can just turn on our local news for some truly outrageous displays of human behavior unfold live? While being chased by deputies from Santa Clarita to Downtown L.A. this morning, bank robbers began dumping the stolen money from the moving vehicle. The Robin Hood bandits made it rain in the streets of South L.A. as flurries of ca$h money flew from the windows of their speeding Volvo.

Another unbelievable wrinkle in this tale comes our way when mobs of the good citizens of L.A. rushed the streets to scoop up the stolen money, began rioting and fighting each other for it, at which point officers then had to break up the mob scene as they detained the brazen Robin Hoods. It's only Wednesday and it all happened before 11:30am. You stay classy, Los Angeles. 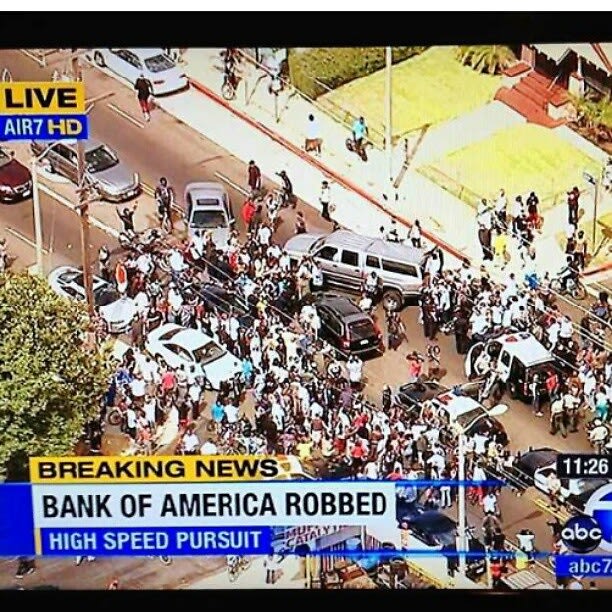 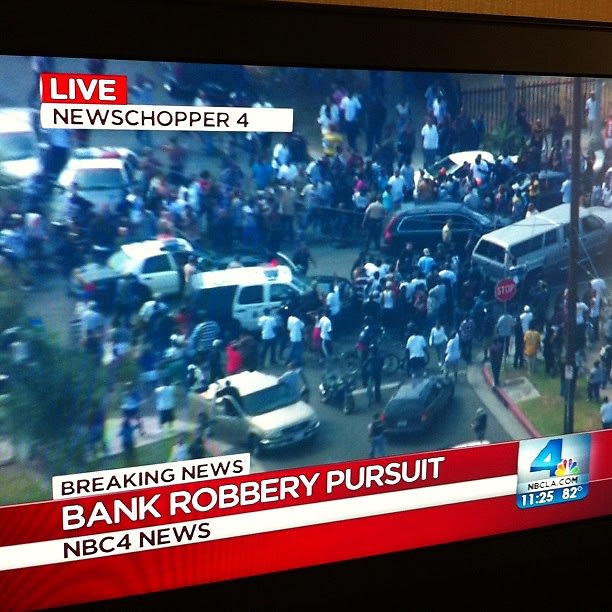