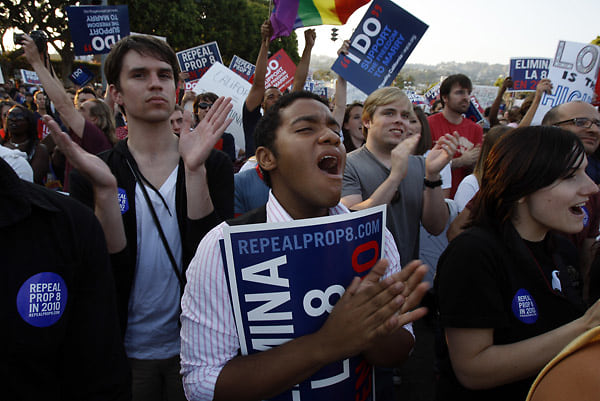 [Photo by Christine Cotter via]

Today, Chief U.S. District Judge Vaughn Walker ruled Prop 8, which bans same-sex marriage in California, unconstitutional. The ban has been overturned, so now it's time for you, gay or straight, to rejoice in the cleanest part of town -- yes, West Hollywood.

A rally, followed by a dance party (obviously) will be held tonight in West Hollywood Park at 6pm. The Abbey and pretty much all of Santa Monica Blvd between Robertson and La Cienega will be celebrating, so meet us there and come taste the rainbow!