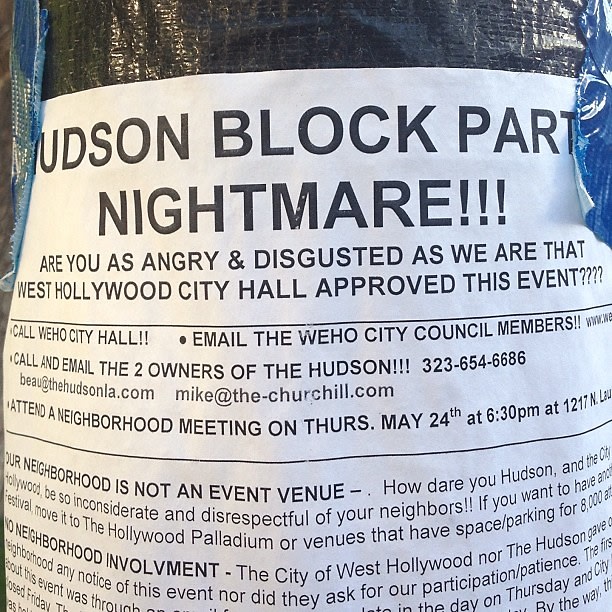 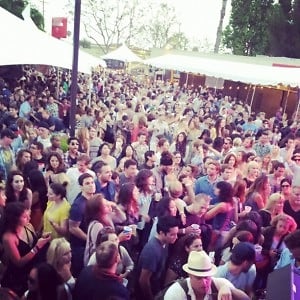 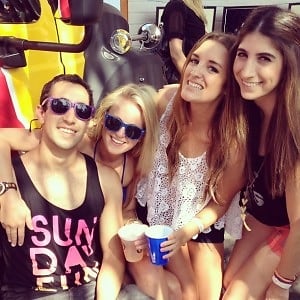 It's not our place to say whether the anger and outrage of the neighbors of Sunday's Hudson Block Party is inappropriate. We're just saying if the residents occupying the same vicinity as the West Hollywood Halloween Carnaval, Elton John's Oscar viewing party, or just the routine shitshow that takes place outside the Hudson and the rest of Santa Monica Blvd on the weekends are this "disgusted" over the Hudson Block Party, it must have been one helluva messy rager. And actually, we know it was from everyone who was there and have photos of the good times to prove it.

But before delving into that, let's take a look at the disgruntled neighbors' gripes as cited on the flyers they've canvased across WeHo and brought before a West Hollywood City Council meeting last night.