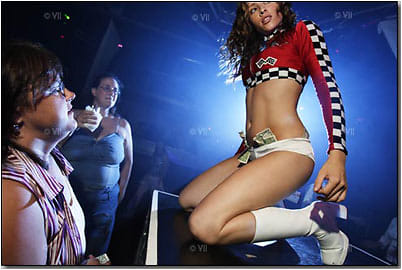 Traditionally, men want to downplay the importance of strippers in their lives, as this helps us convince the women whom we do not ply with dollar bills that our relationships with them are more meaningful. But West Hollywood Mayor John Duran has never been big on tradition and next month his city will be honoring those warriors of the Champagne Room with an official Go-Go Dancer Appreciation Day, and he seemingly couldn't be happier about it. 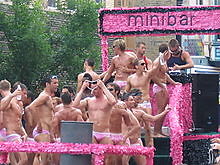 Of course, WeHo has always paraded to the beat of its own drum, which is probably why the city council didn't think twice about voting 5-0 to declare October 29 "Go-Go Dancer Appreciation Day," an official celebration of naughty dancing that will be centered on Larrabee Street at Santa Monica Blvd, centered around local clubs Eleven and Micky's. This being WeHo, the male Go-Go's are just as (if not more) the center of attention here, so sexism's probably not a key concern either. In fact, as Mayor Duran told the AP, the biggest concern of all was that West Hollywood was getting a little too boring:

"West Hollywood has been toned down to be family friendly. That's not what we are. I was concerned there seemed to be a sanitizing of the city."

Now, outside of Vegas (which now openly advertises to families and has kind of become a sanitized Disneyworld in its own right), where else in America would you honestly think a Mayor could say that without generating a major controversy? Geez, John Duran, why can't you just be like every other politician in America and just patronize these sex workers without making so much noise about it?