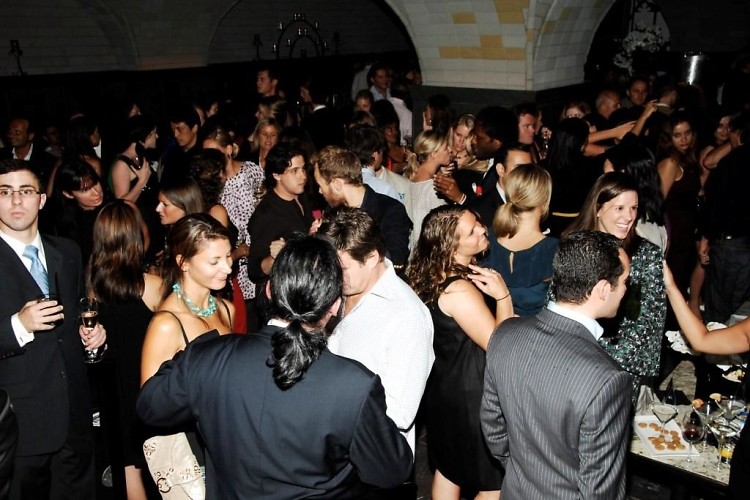 [Like moths to a flame. Photo via Patrick McMullan]

Go HERE for more photos from this event by Ben Kaufman

Modern Luxury Media launched their newest publication "Manhattan Magazine" on Tuesday night amongst the tents at Bryant Park's Cellar Bar. This brand spanking new magazine caters to the interests and lifestyle of New York's finest and the September/October fashion and design special devotes over 100 pages to "uptown chic and downtown hip"...sounds like perfection, though hasn't this been done before?

These days, it is increasingly obvious that the only ones wacky enough to launch a print publication based around socialites in Manhattan, or any other area for that matter, must be ego-driven because, otherwise, it. just. don't. make. sense.  Back in June, the Post stated that:

"A new battle for New York"?  What was the old one? Social Life versus Gotham?

Modern Luxury's CEO Michael Kong expects revenue to hit $85 million this year with the release of Manhattan, up from $69 million and has hired his brother Stephen Kong as publisher. Others are skeptical:

"I hope they've done their homework to see how New Yorkers are responding to economic pressures," said Caroline Miller, a former editor-in-chief of New York who also served as the editorial director of the now defunct Absolute, the magazine that "crashed and burned after its wealthy Spanish backer sold the business and the new owner bailed when he found out how expensive it was to launch a magazine here""

However, Kong insists that, although the same size as Gotham, Manhattan will be "focusing on a slightly older, more affluent audience"

Kind of like the one found at Cellar Bar this Tuesday night?