Media tycoon Rupert Murdoch has quite and extensive list of business acquisitions that span over 3 decades.  Recently he has been undergoing a highly publicized trial, that has caused his major fall from grace as one of oldest and most esteemed international businessmen.  If you haven't been keeping up with him, here is a cheat sheet of his scandalous endeavors that keep getting juicier.

After the details of Prince William's knee injury are leaked, officials of the Royal Court become suspicious.  Police led an investigation and it turns out, voice mails were being intercepted.  Two years later arrests are made, one of them an editor at The News of the World; owned by Rupert Murdoch.

In attempts to clean his hands of the scandal occurring at the News of the World, Andy Coulson editor resigns; he then becomes involved in politics.  His career transition didn't help, Coulson would soon be up to no-good, once again.

Celebrity and politician mobile phone tapping discoveries made by 'Guardian' reporter Sean Hoares puts News of the World employees back in hot water.  Assuming Coulson assisted with this task, with his new political connections, and his history in phone tapping.  Hoares eventually proves that Coulson did have knowledge of the phone tappings.

September 2010: Digging up the dirt

News of the World is revealed to have hacked into and deleted voice mail messages from the mobile phone of a 2002 murder victim.  In addition, the phones of families of soldiers who lost their lives in Iraq and Afghanistan were hacked into!  News of the World shut down, printing their last issue on July 10th.  With that said, after this first dabble with murder details, why wouldn't Rupert Murdoch wipe out more sources of information?

This week:  A cold blooded murder?

The whistleblower of the entire fiasco, Sean Hoares, was found dead yesterday morning in his home.  Reports say he died of natural causes, but for some this isn't very believable.  It seems when you're dealing with Murdoch and his clan of cunning employees, anything may be possible. 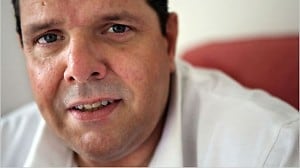 Today: An angry bystander feels the wrath of Murdoch's wife.

At what was supposed to be his hearing, Murdoch is attacked by a comedian with a paper of plate of hate, and shaving cream pie.  Wendi Murdoch retaliated by slapping the man, and giving him a taste of his own treat, smashing the pie in his face.  Although the little courthouse frenzy prevented the hearing from continuing today, I'm sure Murdoch will be served a paper plate of hate for a long time coming from angry families who fell prey to the insensitive acts of the News of the World.