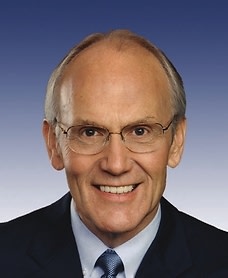 Ever wonder how to cruise at an Airport or your local truck stop?  Well, just take a page out of Minnesota Republican Senator Larry Craig's playbook:

"According to Roll Call, the arresting officer alleged that Craig lingered outside a rest room stall where the officer was sitting, then entered the stall next door and blocked the door with his luggage...[then] Craig tapped his right foot, which the officer said he recognized 'as a signal used by persons wishing to engage in lewd conduct.'"

Bets are being taken whether Craig will enter rehab a la Mark Foley.  In the meantime try and reconcile his voting history with his cruisin' habits:

1)Senator Craig has received much praise for his voting record from conservative groups including American Family Association, Concerned Women for America and the Family Research Council

2)1996 voted for Defense of Marriage Act (Stops Federal recognition of same-sex marriage, and allows states to ignore legal same-sex unions made in other states).

Hmmm...someone hasn't been very honest with themselves...