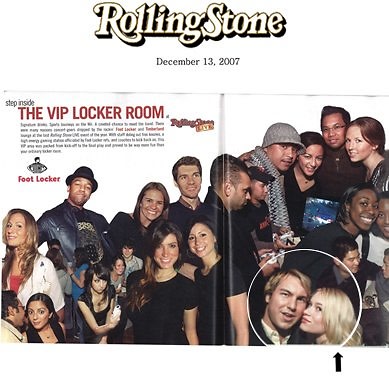 Gregory Littley, nightlife blogger and wanderer recently attended the opening of the "blue & cream" store on Bowery (you know the one with Izzy Gold), got his picture taken by "some dude", and then all of a sudden shows up in a completely unrelated Footlocker ad in RollingStone.

Yes, random, we know. I guess this is what happens when you roll with Leven Rambin, the 17 year old party animal that has her Birthday parties planned by "adopted big sis" Julia Allison at Tenjune, and bebops around town with Lydia Hearst-Shaw. 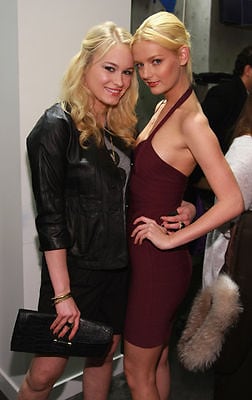 Besides being Lydia's bff, Leven is known for her work on "All My Children". She plays both the Autistic daughter Lily Montgomery as well as her older half-sister Ava Benton. She was the only cast member who was nominated for an Emmy this year, (though had a rough time when she found out she didn't win). In real life, Leven is originally from Houston and was the granddaughter of J. Howard Rambin (former president and C.E.O. of Texaco). She is also currently working as a Ford model. We have been seeing her all over the place this fall and expect to see much more of her. At only 17 she has a good 3 more years left before rehab plans will be in the works.