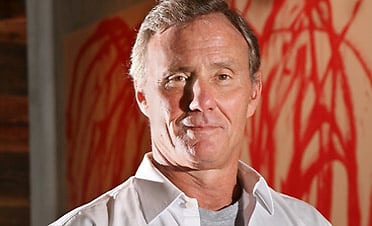 Hotelier Ian Schrager recently sat down with Portfolio's Lloyd Grove for an interview. The creator of Studio 54, The Morgans Hotel group (The Royalton, Mondrian, Delano, etc.), Gramercy Park Hotel, and 40 Bond has most recently joined forces with "straight-laced" Bill Marriott this summer. The two are set to build more than 100 chic hotels around the world. An unlikely pair? Not according to Ian who had this to say:

"Is Bill Marriott any different than I am? Than Steve Rubell was?" (Rubell was, of course, his partner in Studio 54 and Morgans group, and closest friend who died of AIDS in 1989) "I mean we're complementary, our DNA is alike. We're both competitive and in pursuit of excellence."

Schrager was involved with partner Rubell in a large tax-evasion scandal from Studio 54 that sent them both to prison for 9 months and was widely publicized. When interviewer Lloyd Grove suggests that the whole thing may in fact add something to Schrager, a "second-act" at an American life, Schrager responded with:

"(there are) More than second acts. But people do forget to the extent that the stain comes out and the stigma goes away. Maybe it does add cachet, but I, for one, don't find any of that appeal in what happened to me. It could've destroyed me, so I really want to forget about it."

Boys from Brooklyn, the two came back with club Palladium and everyone, including their prosecutors were rooting for their "re-success".

"We think we were good guys who go intoxicated and lost our way, did something stupid...we kept our values intact and we remained friends with the same people. We loved our parents and family. But we just got intoxicated with the whole thing and did stupid things."

We especially liked that Schrager admits that people maybe remember Studio 54 as better than the real thing, and credits the timing in New York for it's success. Though a tad cheesy, we also liked how he totes his biggest accomplishments as being his daughters (Sophia, 13 and Ava, 10).

"My ambition is for them to be happy. It's not the same sort of middle-class syndrome that I came from. The idea is to be happy in life. There is no destination. It is just a trip, and enjoy yourself along the way."

For the entire interview with Ian Schrager, go here.