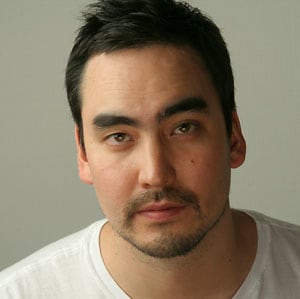 Before we caught up with agent-provocateur Tao Lin, Tim Wu, a Columbia Law professor who theorizes on net neutrality spoke about the power fetish he sees in media barons:

As part of The Asian American Literary Festival's "Internet Auteur" panel discussion, Wu addressed some of the media power cravings he chronicled in The Master Switch: The Rise and Fall of Information Empires.

Wu said that there is a luring quality to media barons who earn trust from consumers by affecting an innocuous air as do-gooders.

"There's a long history of American monopolists promising the public, ' We do no evil,'" Wu said. "You think it's a Google thing, but in 1915 or so AT&T said to the people, 'We are a public service company. We serve the people. We're not in it for profit only. We're here for the national welfare. Therefore, give us our monopoly. You can trust us.'"

Wu pointed out a strange divide between the American willingness to relinquish so much power and information to a single figure or entity on one hand and our democratic foundations on the other.

"Even though we're a republic and a democracy, there is this taste for assigning huge amounts of power to a centralized figure as long as that leader promises to be good," he said.

Wu likened this tendency in the information sector to a latent American taste for dictatorship.

The author, of course, was talking about power in the classic economic sense, but he further clarified the exact extent to which the Eric Schmidts of the world crave, in a visceral sense, dominance over the proliferation of information.

"In a lot of ways my book is a little bit of a power fetish book," he said. "I'm very interested in the motivations of people who build information empires. AT&T, Google, Facebook. Basically, I'm interested in the same things people were interested in who did that movie The Social Network. I interviewed a lot of the CEOS, and what's interesting to me is I think there is something special about people who want to be in charge of media or information companies, because I don't think they're interested in just money like the average businessman. I think it's the possibility of a kind of mind control that really gets them going."

That sort of mind control he found best exemplified in AOL Time Warner CEO Gerry Levin, at the height of his career.

"[Levin] said every morning his assistant informed him how many people they had touched that day," Wu said."Touch points, and how many minds or eyes they had affected--I guess the real thing was to be able to reach people. That power over people's minds has always had a special role in the information industry, which is partially why the economic analysis of market power just isn't enough to understand how to deal with these companies."

After the pontification on information and power, everybody was invited to a drunken game of Scrabble, perhaps the only appropriate deconstructionist response to a discussion about power struggles and fetishes in media.

[Image via Be The Media]