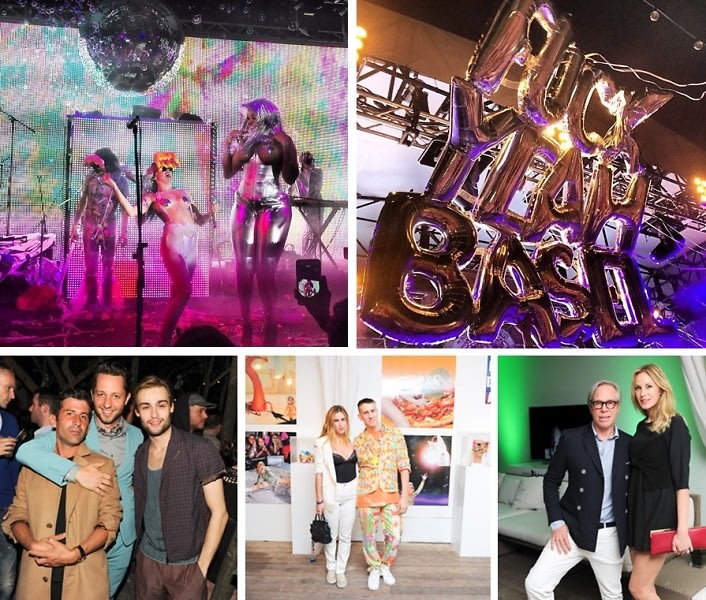 Disco ball nipple pasties, a giant rainbow costume, and a silver Rick James wig—what else would you expect from Miley Cyrus in Miami? Everyone's favorite twerk-star gave a seriously buzzworthy performance last night at a private Art Basel opening party hosted by Tommy Hilfiger, Jeffrey Deitch, and V Magazine. The poolside event took place at the Raleigh Hotel, where guests including Scout Willis, Jeremy Scott, and Derek Blasberg basked in the neon lights and schmoozed. Besides being relatively topless for half her time on stage, Miley caused a stir by smoking, shall we say, an illegal substance during her performance, which included covers of Led Zeppelin, the Beatles, and, of course, "Super Freak" by Rick James.