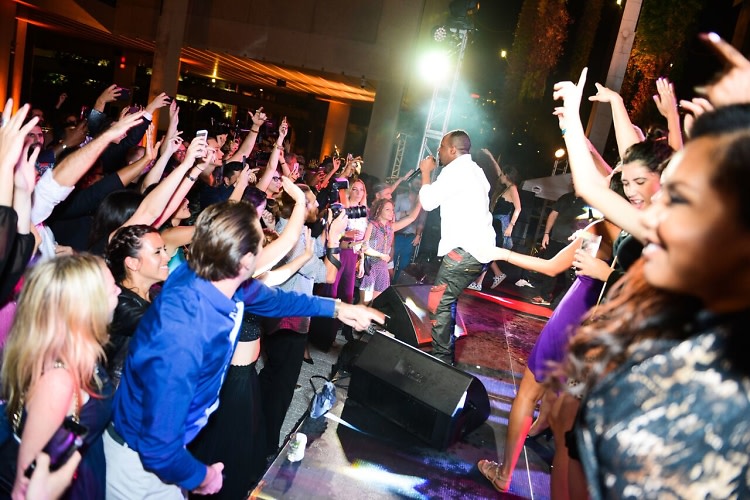 How do you know Art Basel Miami has officially started? When a billionaire real estate developer ends up on the shoulders of a superstar rapper after a dinner held in his honor at an art museum named after him. How can we make this stuff up? Last night, Surface Magazine hosted a dinner for over a hundred art world notables, including Mario Testino and Casey Fremont Crowe, to toast its December cover star, Jorge Pérez. Fittingly, the event was held at the Pérez Art Museum Miami (PAMM) which is indeed named after the generous philanthropist. After the alfresco meal, Wyclef Jean took to the stage for a lively performance along with Melky Jean, ending the night on a high note and kicking off Basel in the best way.