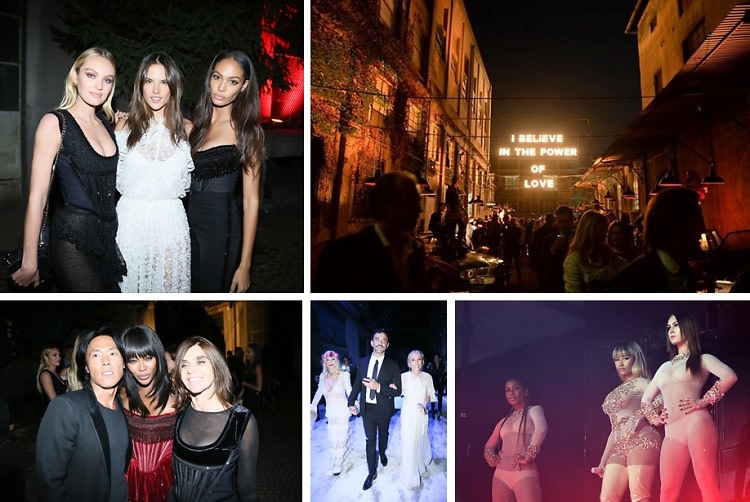 Leave it to Riccardo Tisci to take his show on the road. After dominating the NYFW party scene with his massive 9/11 tribute and New York City love song, the designer took to Milan to toast Givenchy yet again. After an exclusive dinner hosted by Italian Vogue’s Franca Sozzani in a former crystal factory, the industrial space opened its doors to more fabulous guests, with a vroom vroom vibe similar to the party in NYC. Needless to say, when Nicki Minaj took to the stage, #GRTMilano17 became the booming dance party MFW needed.