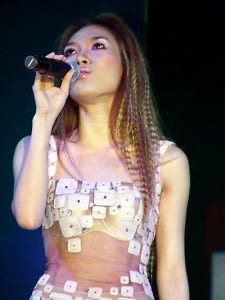 31-year-old Vietnamese pop singer My Tam first become popular in her home country in 2001 and she hasn’t slowed down since. Her first album, Love Forever, was released that same year, but it was her single Brown Hair Dark Lips that shot her to fame. My Tam is known as the queen of V-pop, and she certainly deserves the title: the singer often plays sold-out concerts for crowds of 20,000. My Tam has recorded a few songs in Japanese, allowing her to reach a wider audience. Is an English song next for this Vietnamese superstar? [Photo via]
4 of 5