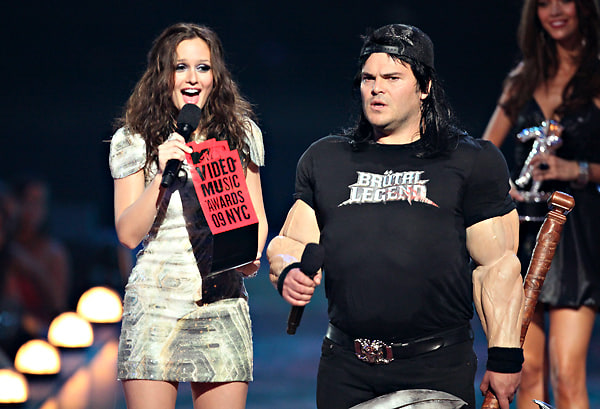 The 2012 MTV VMA's is this Thursday and we're all excited to see how Kevin Hart matches up with hosts from the past. From Ben Stiller to Chelsea Handler, the VMA's have been hosted by some of the biggest names in comedy. They've made some pretty hilarious TV moments with their stand-ups and skits. Here's a roundup of the best lines from the hosts of the VMA's over the years.

[Leighton Meester and Jack Black, via]