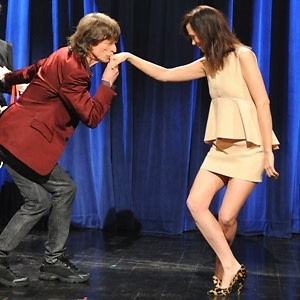 Mick Jagger sends Kristen Wiig off in style in the season finale of Saturday Night Live -- and she sings at the after party, Pearl Jam will be a headliner for Jay-Z's "Made In America" music festival, Adele racks up 12 awards at the 2012 Billboard Music Awards, and more on today's Music News Round Up! Check it out.