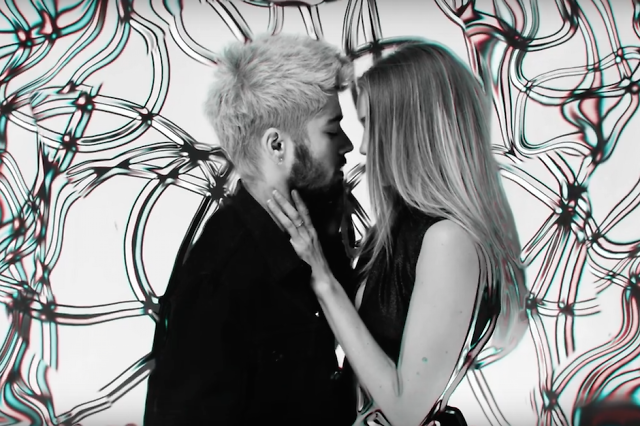 This morning the internet collectively bit its lip while watching the super steamy new music video for "PILLOWTALK," Zayn Malik's first solo single. Of course, he wasn't going to miss the opportunity to spotlight his supermodel boo, Gigi Hadid, and so she stars alongside him in the psychedelic dreamscape, getting all hot and heavy and certainly proving that the two are more than just "good friends." Ahem. While the video has gotten more buzz than the actual song, this definitely isn't the first time a musician has featured his A-list GF in a video. This isn't even the first time Gigi has appeared in one. Click through for some of our favorite star couples who've made beautiful music videos together.