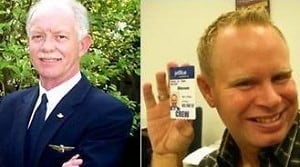 Tantrum on the Tarmac doesn't have quite the same ring to it as Miracle on the Hudson. But 19 months after he saved 155 lives aboard US Airways Flight 1549, Captain Chesley "Sully" Sullenberger has some competition for the title of aviation hero: Jet Blue Flight Attendant Steven Slater. -

Sully and Slater. Both stars of improbable developments in the history of New York City air travel. And both were immediately hailed as heroes, though one's claim to that title is just a wee bit less questionable than the other's. Whose, do you ask?

Consider the coincidences (and divergences) in their stories and decide for yourself: 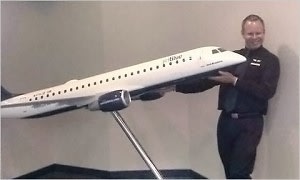 Sully kept his wits about him in the face of a fatal crash landing. Slater grabbed a couple of brewskis in anticipation of a fun slide down an inflatable exit chute.

Sully was awarded with the keys to the city and a personal invitation to President Obama's inauguration. Slater was awarded with a Facebook group, Steven Slater Legal Defense Fund, to help him post $2,500 bail. 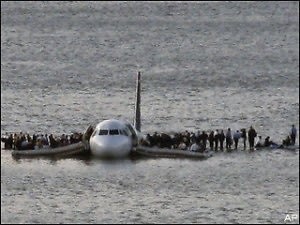 Sully's Recollection of the Event, as told to Katie Couric: "One way of looking at this might be that for 42 years, I've been making small, regular deposits in this bank of experience: education and training. And on January 15 the balance was sufficient so that I could make a very large withdrawal."

Slater's Recollection of the Event, as told to the cops arresting him: "Oh, yes, I did! I threw [my carry-on items] down first and I went down after."

Slater's Last Words to Passengers*: "To the fucking asshole who told me to fuck off, it's been a good 28 years. I've had it. That's it."