So they announced this year's Primetime Emmy nominations yesterday morning. The Emmys! Where people who claim to know more about TV than you tell you what you should've been watching this season. We make some predictions.

It can be hard to make sense of all the Emmy politicking and whatnot (hell, I'm not even sure I get it), so here's my attempt at making sense of some of the Emmys' more important categories.

As much as I love Louie, I have to admit that Louis C.K. doesn't do a whole lot of acting on the show, so I can't endorse him (and it's weird his show wasn't considered for Outstanding Comedy Series). Steve Carell really deserves this one. It's his sixth year nominated for his role as Michael Scott, and his last, as the character left the show at the end of this past season, and Steve deserves some recognition. Alec Baldwin won two years in a row before Jim Parsons (???) took the cake last year. Hey look, it's the guy from Friends! 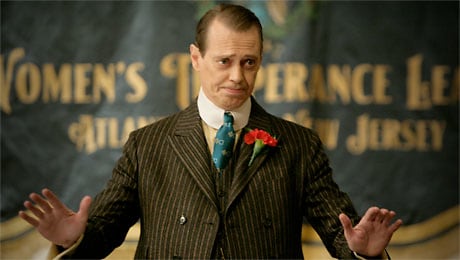 The last three years have seen Bryan Cranston take home the award for his role on Breaking Bad, but the show isn't eligible for any awards this year because no new episodes were shown during this year's eligibility period. It's easy to say that it's Jon Hamm's turn—Mad Men actors are 0 for 12 with nominations, 3 for Jon alone—but Steve Buscemi took TV acting to a whole new level with Boardwalk Empire. He's already won a Golden Globe for the same role.

Tina Fey and Amy Poehler are always funny, but...I dunno, meh. Tina Fey had her win in 2008 after what was arguably 30 Rock's best season, and Parks and Recreation is just beginning to hit its stride so Amy Poehler might not've had the time yet to woo audiences. Edie Falco won last year and she probably deserves it again this time around.

The Killing is a new show that many feel should've been better-represented this year, so Mireille Enos might win just because it's one of the show's only nominations. Outside of that, this category is kind of hard to predict. Elisabeth Moss has been nominated for the same role before, and Connie Britton, Julianna Margulies and Mariska Hargitay all return from last year, with Mariska Hargitay being the second most-nominated actress in this category with 9 nominations. 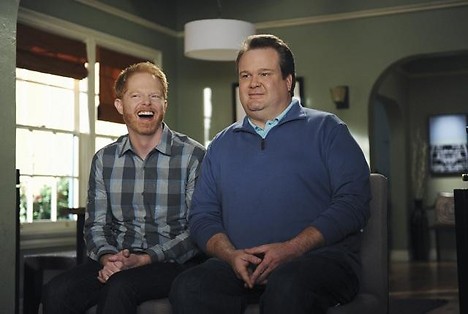 Jon Cryer, really? His win in 2009 was inexplicable enough. The nominees this year are the same as last year but with Ed O'Neill swapped in for Neil Patrick Harris on How I Met Your Mother. They're clearly trying to give this award to one of the Modern Family actors, though which one is kind of up in the air. The acting on the show certainly isn't stellar, though Jesse Tyler Ferguson and Eric Stonestreet play off each other really well, and I'm guessing one of them will win. Eric Stonestreet won last year.

Like this category's male counterpart, most of the nominees are the same as last year, with Betty White standing in for Holland Taylor on Two and a Half Men. This is a strong category: Jane Krakowski and Kristen Wiig are both shining stars on shows that have begun to sag over the years, and last year's winner Jane Lynch is hilarious in her own right. Everyone loves Betty White, but who even watched Hot in Cleveland (TV Land's first original series)? Based on her win last year, I'd say Jane Lynch is probably most likely to win this time around, but this is going to be a close race.

Wow, I didn't know this was a category! In all honesty, I don't think I saw any of these shows this season. Um...let's go with Cat Deeley. She seems pretty chipper all the time. At this point I feel like we've all seen Ryan Seacrest so many times that we've become kind of numb to his presence. Of note is that The Amazing Race has won the award for Outstanding Reality-Competition Program every year but one since the category was introduced, but the Host category has always gone to Jeff Probst. 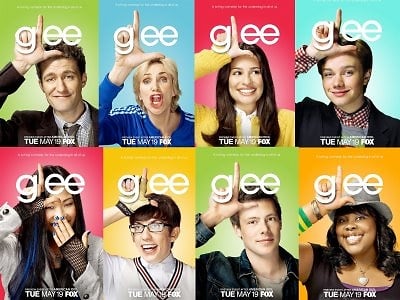 30 Rock was the raining champ going into last year's awards when Modern Family usurped the throne, and Parks and Recreation is finally getting the recognition it deserves. Despite having a stellar season (especially compared to 30 Rock's lackluster run), I doubt the show has really charmed people enough to take home an award. Notably absent is critic favorite Community, which actually wasn't nominated for anything at all. Either Modern Family or Glee will win because they're kind of the lowest common denominator here.

Mad Men has won the past three years, and the only newcomer that could dethrone it is...Boardwalk Empire. (Did you think I was gonna say Game of Thrones? Because I wasn't. That show is ridiculous.) It seems like a toss up between those two, considering that the Emmy people might wait for Boardwalk Empire's second season before they make any firm judgments about the series' worth. It's definitely a competitive category this year.

Did you watch any of these? I definitely didn't. Moving on... 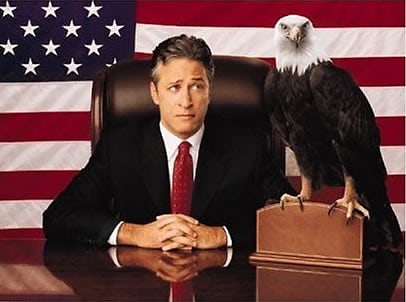 Though everyone tries to construe the Conan-but-no-Leno thing as a snub to the latter, Leno's version of The Tonight Show hasn't been nominated since 2003 (Conan's version, which was on the air for less than a year, was nominated in 2010). All this conjecture is dumb, though, because The Daily Show has won this category eight times running. Is it still cool to hate on Republicans? The Emmys seem to think so, considering this year's nominees.