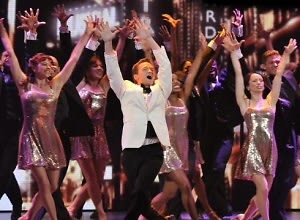 Neil Patrick Harris is no stranger to the stage. The Broadway Vet has starred in both musicals and dramas, and has played roles ranging from the Emcee in Cabaret to Mark Cohen in Rent to Tobias Ragg in Sweeney Todd. But Harris' most memorable role may be that of three-time host of the Tony Awards, and like prior years, he dazzled the audience and viewers at last night's show. Check out some of Harris' funniest and best moments as host of the Tony Awards-- last night and over the past few years!