Last night's state dinner for China's president Hu Jintao was the hottest ticket in Washington. Just 200 people were invited including  Jackie Chan, Michelle Kwan, and B.D. Wong, who plays Dr. George Huang on Law & Order. Like every party, there are always those who try to crash. -

But without an invitation, it's almost impossible to get in. 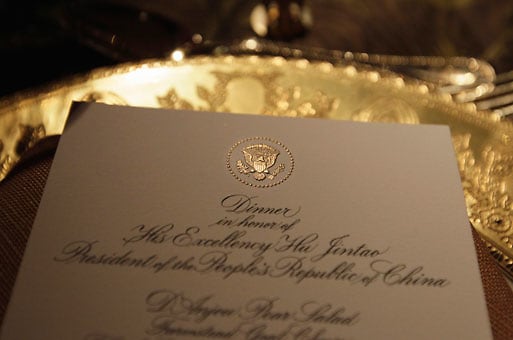 Security is on high alert after the embarrassment of the White House Gatecrashers and current RHODC, Michaele and Tareq Salahi, who made their way through the doors uninvited. This lady may have been able to make it past the entrance by hiding behind a giant ball of flowers a few years ago, but there is no way anymore. 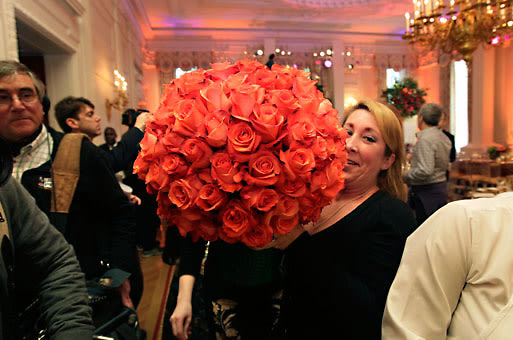 It's a a much more complicated process. Without an invite, there are just two ways to get in. 1) Be escorted by Barbara Streisand. 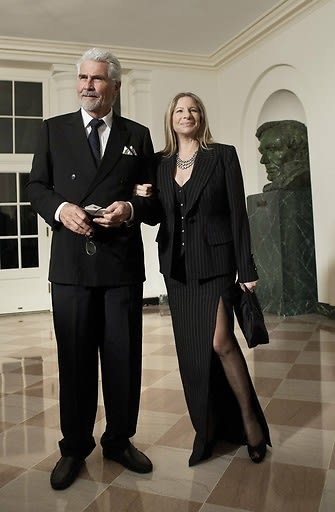 2) Battle Anna Wintour and her icy laser eyes to a staring contest. 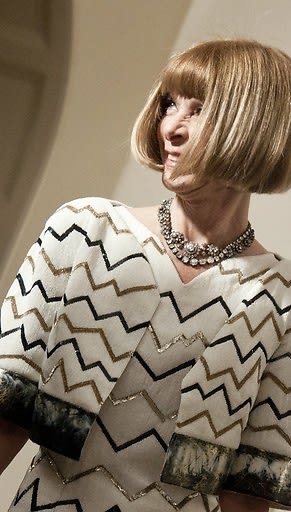 Thus far, no one has been successful...except Vera Wang. Bad ass. 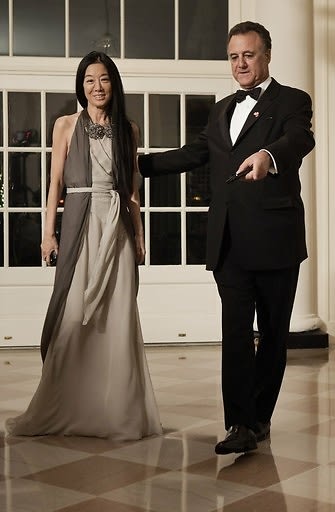 It was worth it. Once inside, Vera was greeted and congratulated by Michelle, Hu Jinato and Barack. 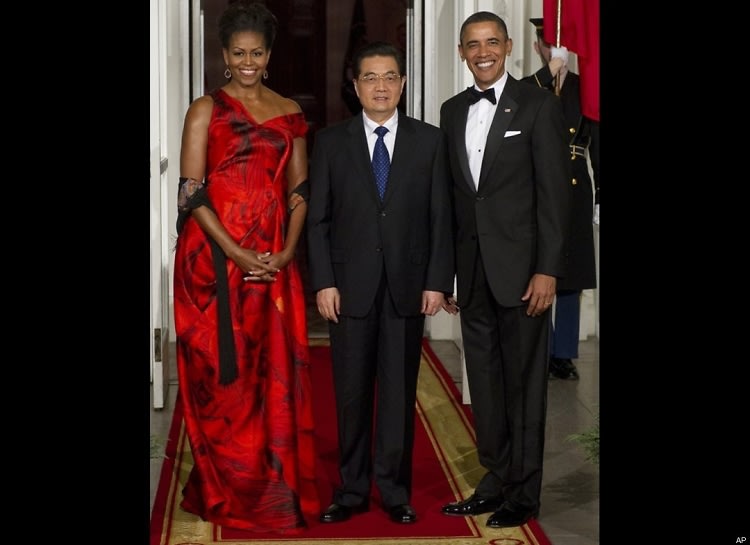 It was a lovely time, and she ate plenty of lobster, steak, apple pie, and ice cream. 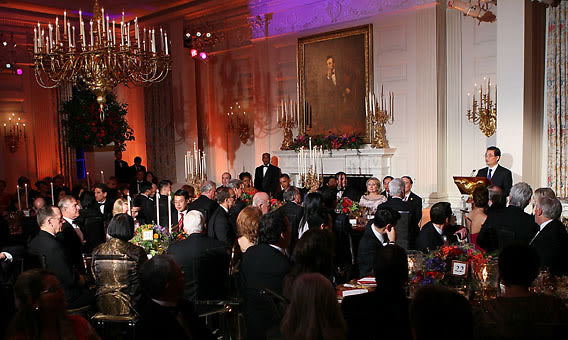