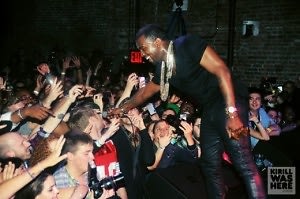 What better way to top off the opening weekend of your film than by with a surprise concert at the Brooklyn Bowl? Kanye West burst onto the stage at 2 am, for a little late night toast to the douchebags...-

The rapper turned video artist performed his G.O.O.D. Friday tracks to a crowd ecstatic over the fact that they essentially paid $10 for an intimate Kanye performance. Kanye wore his insanely huge Horus chain, and a pyramid ring that we fully expect to see in Forever 21 Knockoffs soon.

We did a quick twitter search to see what people were saying at the concert, but found that the most interesting tweets were the reactions from people who hadn't made it to Williamsburg. Here are some of our favorite tweets:

@yourscenesucks: WHAT NO DONT TELL ME THAT BROOKLYN BOWL = KANYE AND CHROMEO GOD KILL ME NOW

@cccourtney So, I was supposed to go to brooklyn bowl tonight, but didn't end up going and now KANYE FUCKING WEST made a surprise appearance. Fuck my fucking life

@jessieflux: Went to Brooklyn bowl and was told we "just missed Kanye" ... What the actual fuck

waywaw: I want to just die that I missed kanye at Brooklyn bowl. What the flocka. I mean I am in ohio. But still. #depressed

And one by someone who did make it to the Concert....

@TVGLUE: Just peed next to kanye at pitchfork at Brooklyn bowl. #surprise 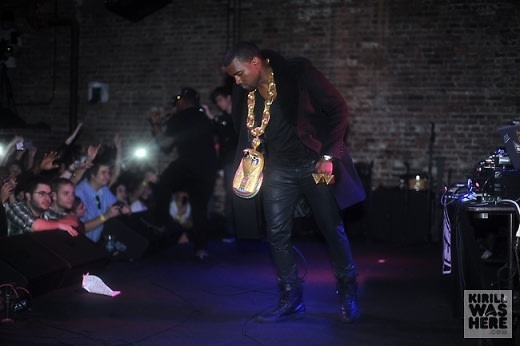 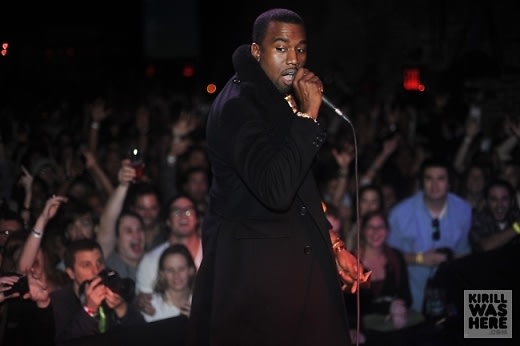 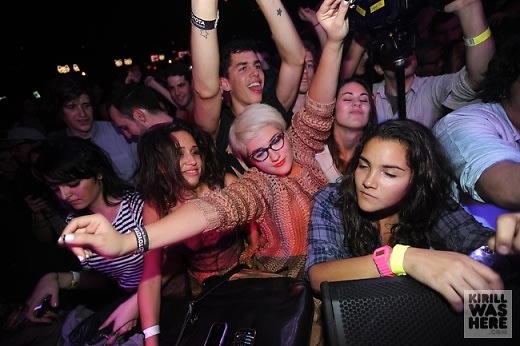