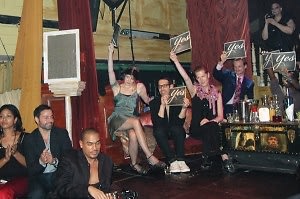 Last night, The Box hosted the show-ball New York Is Burning,  which apparently is a Zoolander-esque Runway competition. But fiercer. And Hamish Bowles, happily, was a judge.-

The competition categories included first time at a ball, European Runway, Butch Queen In Pumps, Hot Body, and Bizarre vs. Couture vs. Avant Garde. Joining Hamish at the Judges table was Ana Matronic of Scissor Sisters, Andy Salzer, and drag performers Justin Bond and Joey Arias. The event is based off the movie "Paris Is Burning", which showcases similar type drag balls which took place in New York in the 1980s, (and obviously still continue to take place today).

Apparently, the main showdown of the night occurred between Javier Ninja and a member of the House of Karma, which included a lot of "contortionist vogueing", and stretching and death-dropping, and....oh god, I don't know, it's pretty beyond description. Scroll down and let the photos below speak for themselves. 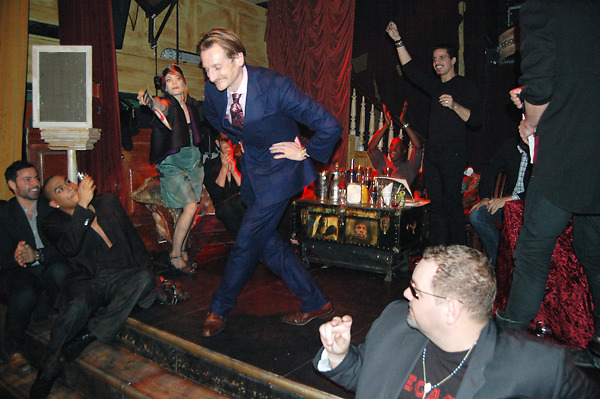 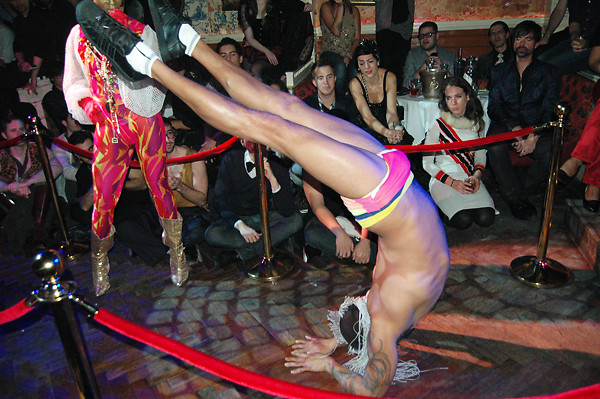 You basically have to be a gymnast to compete in these things. 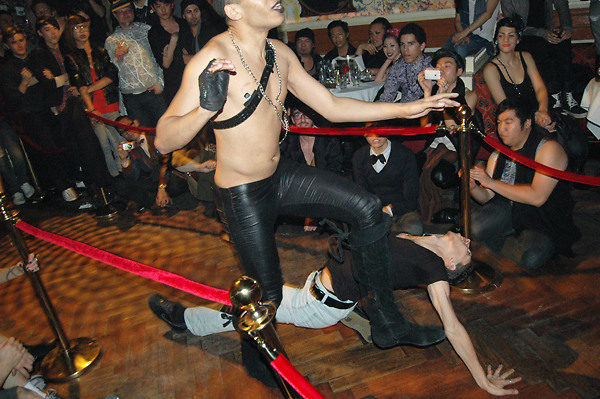 Stomping out the competition... 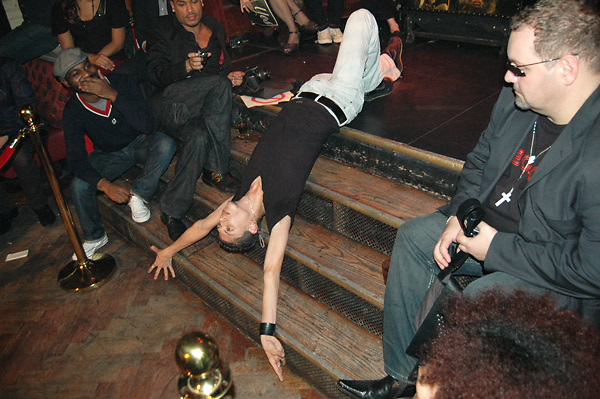 Throwing tantrums cause he lost? 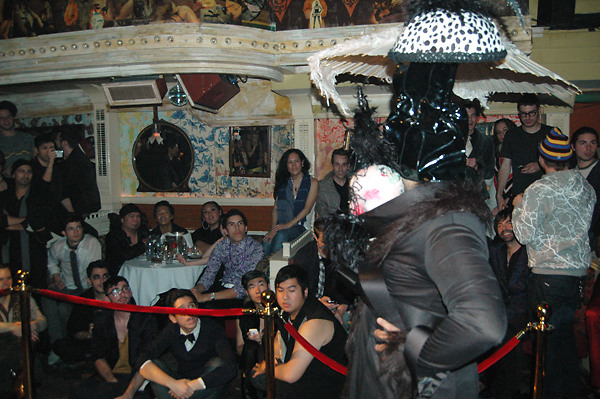 I don't even understand where his face is. 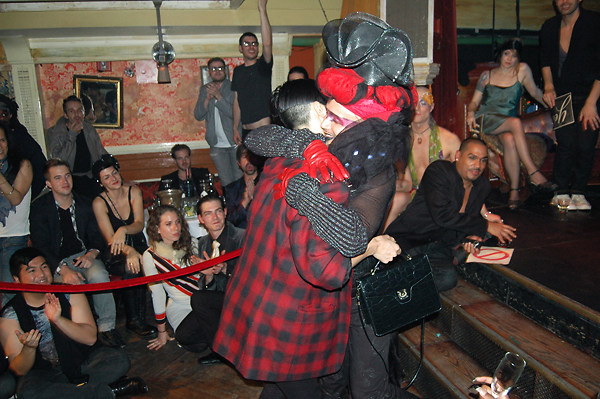 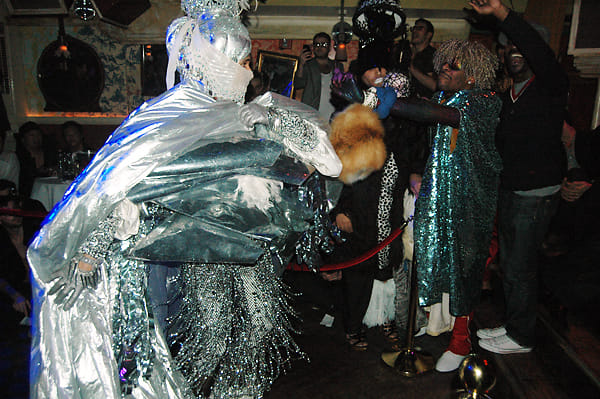 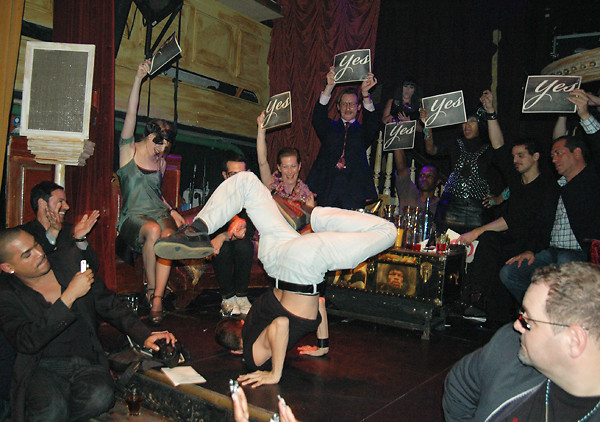 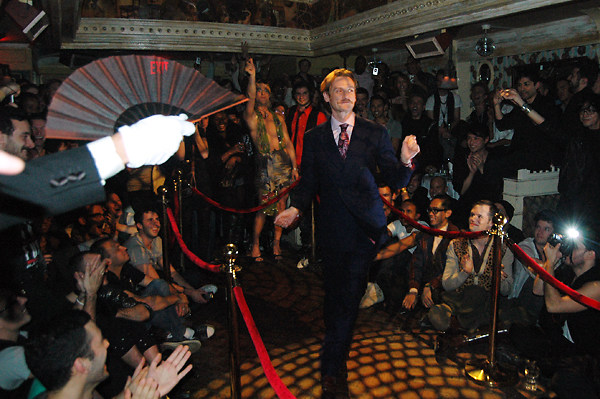 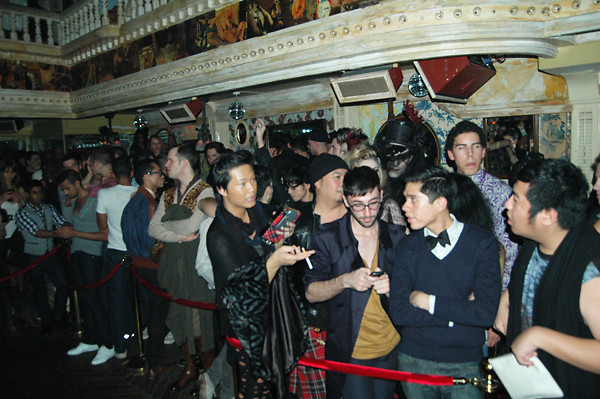