Saturday The Village Voice produced its first ever 4Knots Summer Music Festival at the South Street Seaport's Pier 17. The seven-hour long festivities were free, welcomed all ages, and featured sets by indie rock bands such as The Black Angels, Titus Andronicus, Eleanor Friedberger, and Davila 666, as well as DJs such as Brahms, Finger on the Pulse, and Yeasayer. Now that it's over, we can only hope it becomes an annual event! 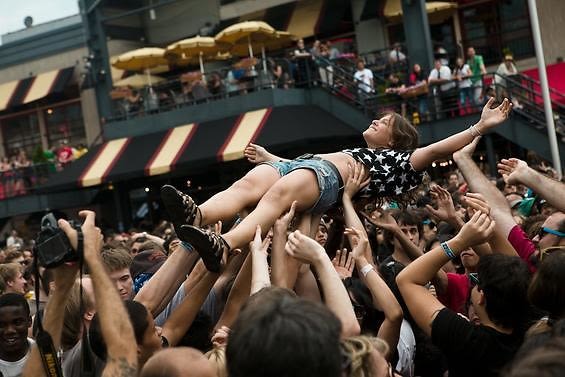 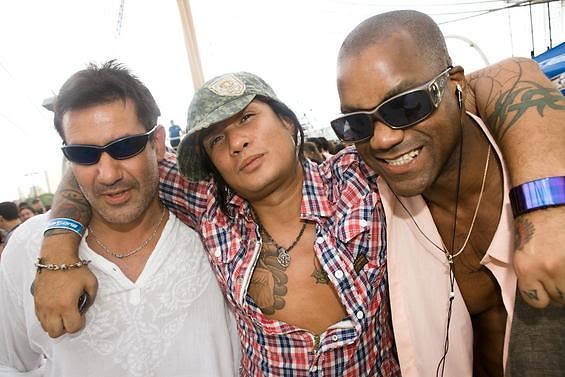 4Knots is presumably replacing The Village Voice's Siren Music Festival which took place every summer at Coney Island for 10 years. The event, which typically drew crowds of over 100,000 people, showcased then emerging bands such as Death Cab for Cutie, Broken Social Scene, Hot Hot Heat, M.I.A., Modest Mouse, and The Shins. If that's any indication of the caliber of the bands we can now expect from 4Knots, you'll find us there every year!