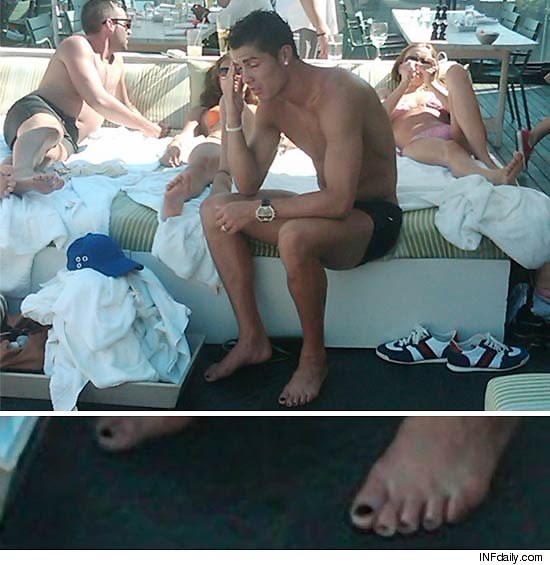 It's been a big week for soccer superstar Cristiano Ronaldo. First his Portugal side was knocked out of the World Cup by arch-rivals Spain, then rather bizarrely, the 25-year old released a statement via his Facebook that he had fathered a child to a mysterious mother.

"It is with great joy and emotion that I inform I have recently become father to a baby boy. As agreed with the baby's mother, who prefers to have her identity kept confidential, my son will be under my exclusive guardianship. No further information will be provided on this subject and I request everyone to fully respect my right to privacy (and that of the child) at least on issues as personal as these are."

The revelation attracted a staggering 26,800 written comments on Facebook and more than 62,000 "likes",  from his Facebook fans.

Gossip columns went crazy! Baby momma dramas!...Had he done a Tiger and knocked up a poor unsuspecting Las Vegas showgirl?? Was he still with his newest swimwear paramour???

Ronaldo offered no other explanation or indication of who the mother might be of his first child. His girlfriend, underwear model Irina Shayk, made a similar announcement on her own Facebook page, though she is not the mother.

Then the even more bizarre twist! Long time gay rumors have swirled around the star, and it appears the star has gone and "done a Ricky Martin" and paid an American woman to have his baby, as reported by a Portuguese newspaper and later by London's The Daily Mail.

As Ronaldo has declared he will retain full custody of the baby boy (who was born on June 17) perhaps this explains his appearance at exclusive members-only haunt Soho House on July the 4th?

As always GofaG was there, and we can report no diapers, Tiffany baby rattles or Baby Bjorn's, just a super sexy soccer star doing what he does best, sunning in the sun with not one but two beautiful beauties to occupy his time.

GofaG even manged some talking time to find out when he flew in ("Yesterday") and how long he was here for ("Two weeks"). He is in NYC for another week, then off to Miami. Wonder if he will bring home a bouncing bundle of future hotness on his return flight back to Portugal? 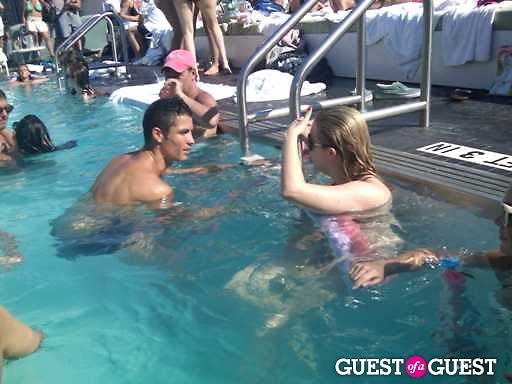 Will you be my baby momma? 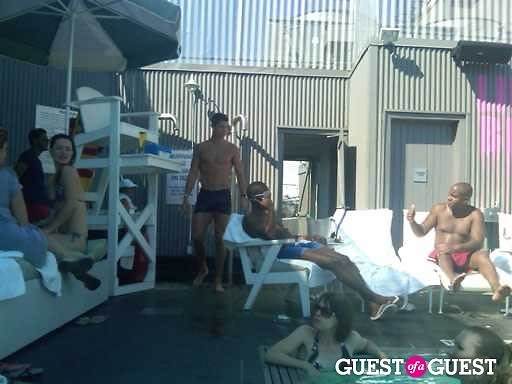 Thumbs up to Ronaldo's genes!

[All photos courtesy of Natasha Storer]