This Saturday in Los Angeles, Variety hosted the 3rd Annual "Power Of Youth" event, which was pretty frightening because Miley Cyrus has already aged out, and has been replaced with younger, power-hungry children.Honestly, these kids make Miley seem like a 30 year old (well...Miley's tatoo and clothing make her seem thirty, too, but that's besides the point). Variety is obviously already paying attention, and in a few years, EVERYONE is going to be talking about these kids, and Robert Pattinson will be practically ready for the retirement home. Get a headstart on the trends by learning about the kids below. Once they make it big, you can boast that you've been a fan since before their ages hit the double digits...

[All photos by Andreas Branch for PMc]. 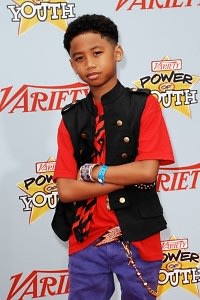 What You Need To Know: Not to be confused with Lil'Kim, Lil King is making an indelible mark on the Under 10 Rap crowd. His music video for Wiggy Wiggy is pretty intense, complete with 6 year old backup dancers in midriff baring t-shirts that say "I Heart King". I actually really suggest you watch it, because it's only one and a half minutes long and the white girl in the background who looks taller/older than everyone else is pretty fantastic.

Also: He raps about cars and money. And he is eight. 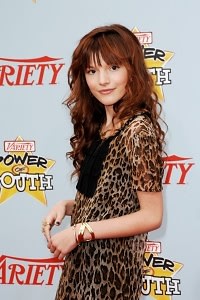 What You Need To Know: Bella has a really long resume, including "Big Love", "Dirty Sexy Money", and "Entourage", but most hilariously, she was the spokesperson for Texas Instruments for two years...you know, the calculator company.

Also: According to IMDB, her trademark is "long hair and bangs". Okay... 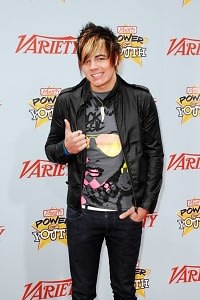 What You Need To Know: There's not TOO much to be gleaned from his Myspace, besides the fact that Kate Gosselin is obviously his style inspiration. In his own words, writing and performing music is his favorite thing to do "EVER!", and he has an incredible family, and, "umm well i can't think of much more to say right now". Great, Josh, that was really informative. Best of luck to you.

Also: If that picture isn't the picture of awkward teenage self-consciousness, I don't know WHAT is. 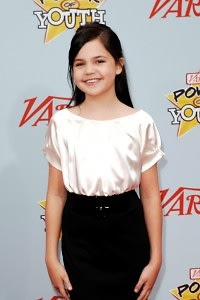 What You Need To Know: Bailee has acted with Natalie Portman, Jake Gyllenhaal, Tobe McGuire, Jessica Alba, Hilary Swank, Katie Holmes, and Guy Pearce since her breakout role in a Home Depot Commericial when she was 2 weeks old.

Also: According to IMDB, Bailee is described as an "old soul" (by whom??). She enjoys cooking (she's TEN, btw), riding her bike, and playing with friends. 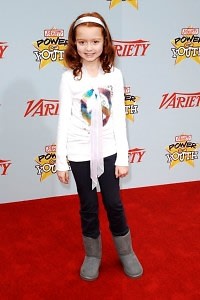 Claim To Fame: "Blonde Ambition", aka the straight to dvd Jessica Simpson movie, and "How I Met Your Mother".

What You Need To Know: Piper has a startlingly thorough official website, complete, including a youtube section where you can watch her "All State" Commercials. (Btw, I had to watch that twice before even seeing Piper as I think she's on screen for half a second, and those are 2:02 minutes of my life that I will never get back.)

Also: According to her bio, Piper "works hard and plays hard". Whoa... 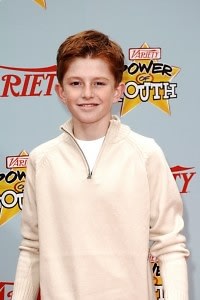 What You Need To Know: Zane is known for slaying girls with his Southern Accent and mad skateboard skills. His breakout role was in Daddy Day Care.

Also: In case you were wondering, he dances Club/Freestyle. Even though he is still nine years away from being able gain admittance to a club. 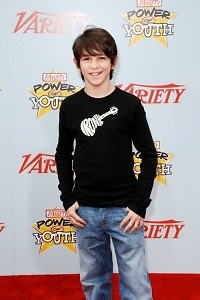 Claim To Fame: National Treasure: Book Of Secrets (I do not remember him in that movie, which, yes, embarrassingly, I saw...), and also, hilariously, "Sex And Death 101".

What You Need To Know: Zachary is about to become a HUGE household name for  tweens, as he's set to star in the upcoming "Diary Of A Wimpy Kid", based off the incredibly successful (and genuinely funny) books of the same name.

Also: He likes basketball and swimming. And looks preternaturally comfortable on the red carpet.

Tween Stars• Being Popular With Children