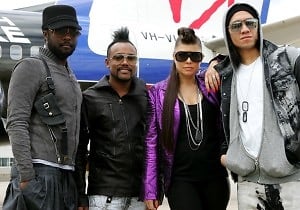 Ah, the weekend is here! Needless to say, our celebrities are gearing up for the festivities. Some stars chose to be jetsetters this weekend, like Pamela Anderson and Camilla Belle at LAX Airport. Belle was looking pretty in plaid, but Pam could possibly have put on some makeup (and a bra) before getting off the plane. No worries, though, since Jermain Taylor bested both beauties when he landed in style at Berlin Airport, Louis Vuitton luggage in hand. But even Louis couldn't top The Black Eyed Peas airplane appearance: the group was on flight for a live karaoke performance called "Mile High Club". Still, these weren't the only stars craving warmer weather: Taylor Lautner got wet and wild on the beach for a Rolling Stone photo shoot to promote the upcoming Twilight movie, while Kristin Cavallari and Lo Bosworth, enjoyed coffee over senseless whining girl talk while being filmed for The Hills. A little north of the blondes, more filming was taking place. See Kim Kardashian's unfortunate choice of leggings while on the set for Keeping Up with the Kardashians... maybe Kim should have been front row with Freida Pinto at Paris Fashion Week today, instead...

For those of us who prefer to stay closer to home, plenty of celebs are enjoying the weekend locally. Mommy time was shared by Alessandra Ambrosio and her child as they posed for cameras outside of a Miami Beach restaurant. Naomi Watts and her daughter dodged the cameras on their afternoon run. Maybe they ran into former Spice Girl Geri Halliwell, since she also enjoyed some midday exercise. In the meantime, Megan Fox attended to her OWN baby... dog, that is. She went to pick her pooch up from the vet with Brian Austin Green, her on again/off again boy toy. Maybe she should seek some advice from Kristin Davis, who's character on SATC knows a thing or two about relationships. Davis was in town for her appearance on the Late Show with David Letterman. 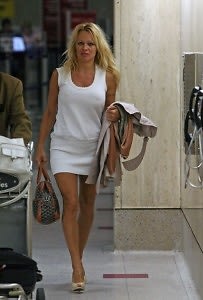 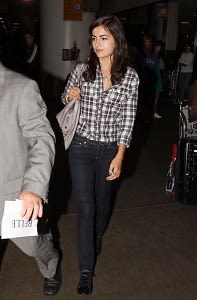 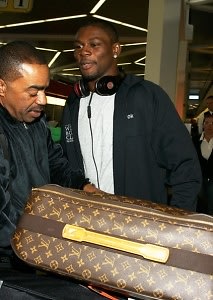 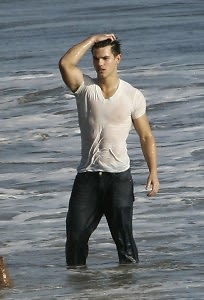 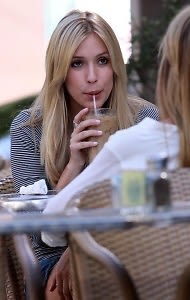 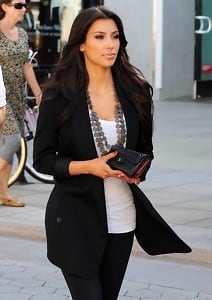 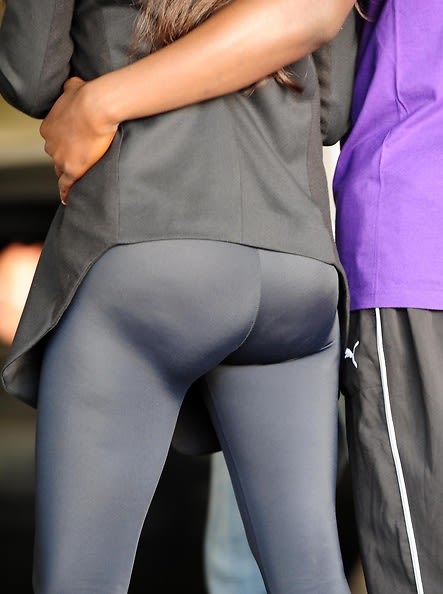 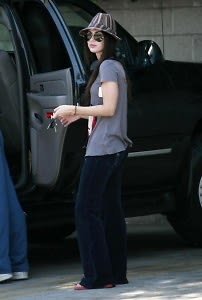 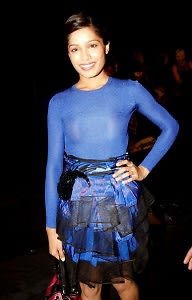 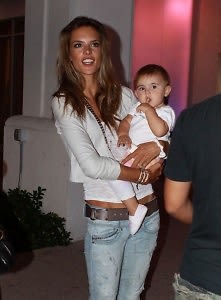 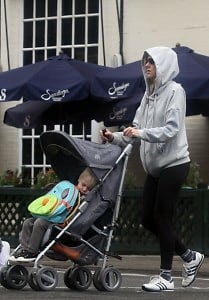