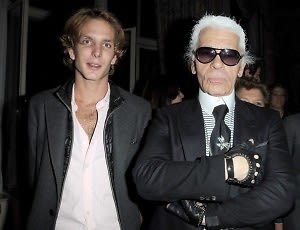 Karl Lagerfeld might give off the impression of being a man who walks through life alone, but in truth, the German-born designer is a family man at heart; A Royal Family man, that is...-

Lagerfeld has been close to Monaco's Royal Family for decades, and is photographed so often with its various members that he's practically considered a Duke. The eccentric designer is frequently referred to on fashion blogs as "Uncle Karl", but the Casiraghi kids probably call him this with with no trace of sarcasm.

Andrea, Charlotte and Pierre Casiraghi, the children of Princess Caroline (and Grandchildren of Princess Grace) lost their dad Stefano Casiraghi in 1990 in a powerboat racing accident. Though its difficult to guess the exact extent of their relationship to Lagerfeld, it's nice to imagine him as an eccentric father figure to the the three kids, showing up for visits, attending important functions, and all-around spoiling them with the best Christmas gifts ever. 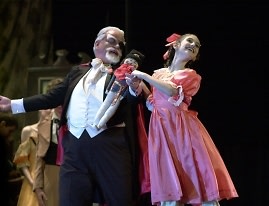 One can almost imagine him as a sort of Drosselmeyer from The Nutcracker, showing up late for Christmas, dressed extravagantly, with a bizarre present for Clara Charlotte.

The best part of having a famous fashion designer for a close family friend? The free couture, of course. Lagerfeld has said of the beautiful Charlotte:

"She makes me think of Brigitte Bardot."

This comment would definitely be creepy from a straight "father figure", but from the openly gay Uncle Karl, who knows a thing or two about beautiful women, it can't be anything but immensely flattering, especially when such a comment is accompanied by custom-made gowns. 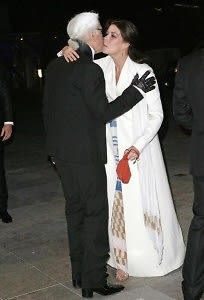 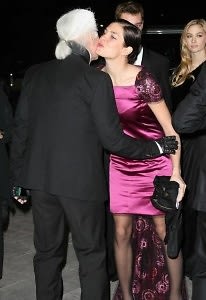 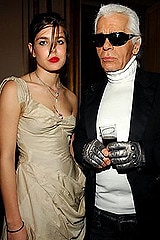 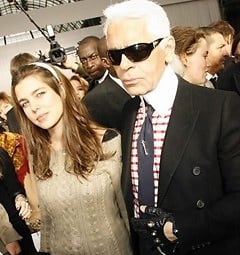 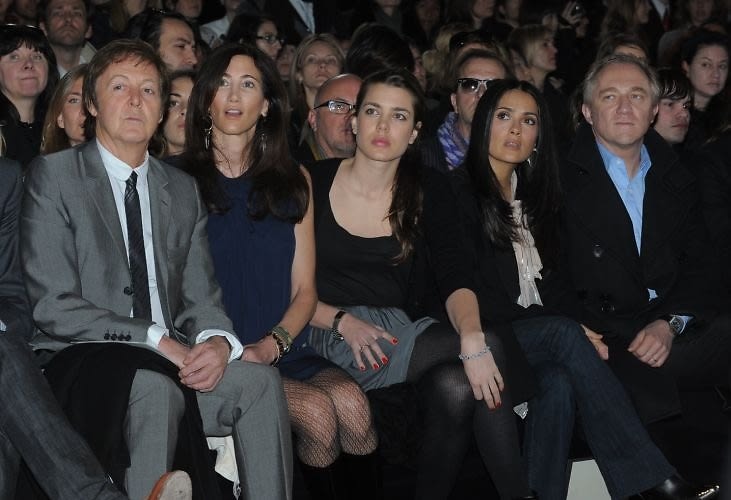 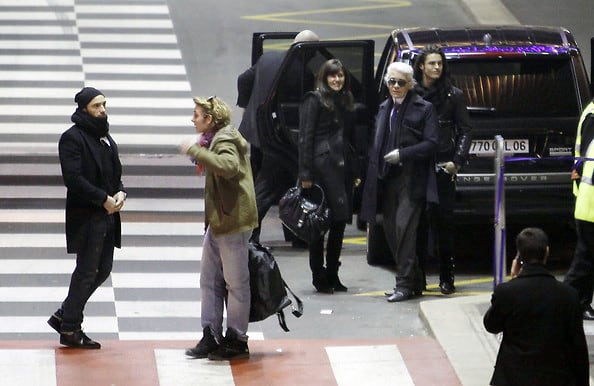 While older brother Andrea travels to Nice with him (last December). 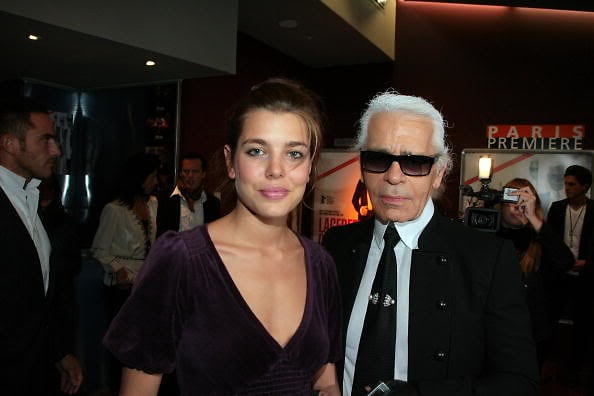 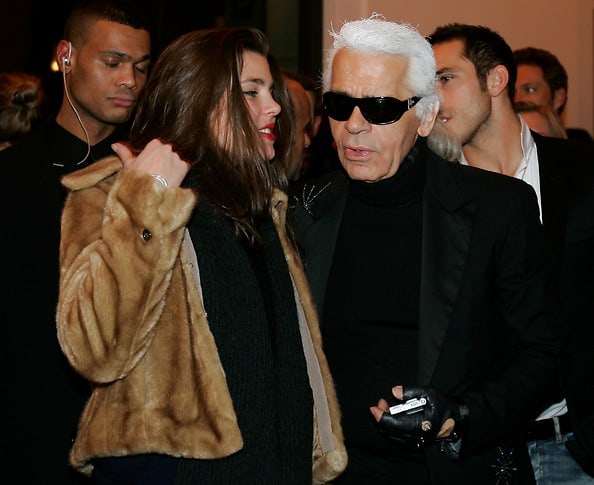