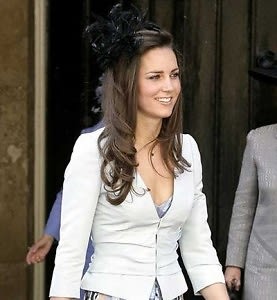 Did you hear that Prince William's girlfriend Kate Middleton is rumored to be moving to New York in January? Wills will be busy training as an air sea rescue pilot, so Kate is off to The Big Apple to study "portrait photography". (Hobbies are important!)-

Moving to a new city can be difficult, but don't worry, Kate: we've got your New York life all planned out...

Where Kate Should Live: One Morton Square 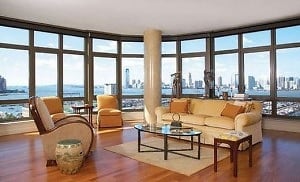 Kate has been accused of being a Woman of Leisure, living off Prince William for now, and biding her time til she can live off UK's tax dollars. Buying a huge loft won't exactly help change that image, but on the other hand, it's not like the future Queen of England can live in Bushwick. The West Village is the NYC neighborhood that most closely resembles London, and One Morton Square is far west enough so that she'll enjoy relative privacy. Plus, she'll be neighbors with Daniel Radcliffe, possibly the only British ex-Pat who could deflect attention from her.

The right friends are going to be instrumental for Kate's transition to New York social life. They need to be socially active and introduce Kate to all the right people, while still shielding her from drama-prone socialites who would taint Kate's pristine reputation by association.( *Cough* Devorah Rose)

Bee Shaffer, whose mother is American Royalty, certainly understands the pressures of being in the public eye, and like Kate, is somewhat demure and reluctant in front of cameras. Neither girl is famous because they're seeking celebrity, so they'll be able to attend parties and give a mandatory thin-lipped smile to the cameras together. Also, Kate is a major clothes hound (she used to be a buyer for Jigsaw), and I'm sure she'd appreciate the access to Anna Wintour.

Another good friend possibility for Kate is Lauren Bush. Lauren is no stranger to a political family--both her Grandfather and Uncle were President. Lauren has successfully carved out an identity for herself independent from the family name as a model and designer. She went to Princeton, she interned with Zac Posen, and has traveled extensively for the World Food Program. Most importantly, Lauren is a huge philanthropist, and works tirelessly for her FEED program. She could definitely be a role model for Kate, who will need to begin extensive philanthropic work once she does (finally?) become a princess.

Where Kate Should Shop:

If she ever feels homesick, a little shopping spree at Top Shop should perk her right back up. As for American designers, Kate, whose style is famously (and meticulously) conservative, would look great in Ralph Lauren. And how will Kate be able to resist Bloomingdales, the closest thing we have to Harrod's?

Where Kate Should Dine:

You can't go more British in the city than Tea and Sympathy (conveniently located in our chosen neighborhood for Kate, the West Village). The tiny shop with an all-British waitstaff would be perfect for the occasional afternoon cuppa. If Kate developed a taste for Vegemite sandwiches in her UK youth, she should head to The Creek Bar (underneath Eight Mile Creek), which also serves meat pies and sausage rolls. And after a long night of partying, what better place to fill up on a full English Breakfast of bacon, sausages, tomatoes and mushrooms than The Breslin? (Though Kate, who is famously careful with her figure, will probably stick to the English Rose diet of tea and toast.)

Another option would be 10 Downing who recently just hired a new chef, has a brand new liquor license and a "British air" about them. 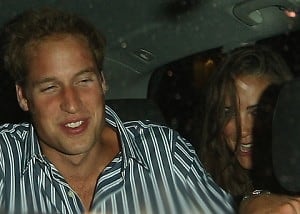 Where Kate Should Party:

Kate Middleton LOVES to dance, and is constantly photographed exiting London nightclubs, looking flushed (and some critics say, newly-made up for the cameras). But photos of Kate actually partying INSIDE are few and far between, which is why she should concentrate on the New York clubs that don't allow press. Soho House seems like it's the perfect choice in terms of exclusivity, and definitely a nice place to bring William if he comes to visit. In terms of dancing, the Boom Boom Room might be a better atmosphere for the music loving girl.

But for a true New York experience, Kate should call on fellow Brit Alexa Chung to take her on a low-key night out in the East Village--paparazzi won't follow her there.