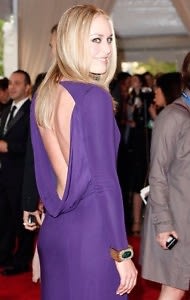 Champion Skier Lindsay Vonn is beastly strong and really hot. She also knows how to transform herself into an elegant lady when called upon to do so. We're assuming you, gentle reader, are also super muscular and pretty, but that you lack those red carpet skills. Let Lindsay show you how! 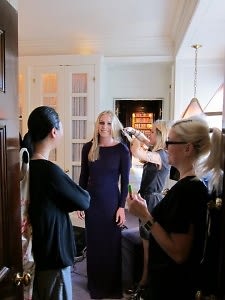 Cinderella would have still looked like a human-size smudge if there hadn't been a benevolent fairy godmother and an army of sewing mice to help her get ready. Except instead of mice, Lindsay has Tory Burch, who both designed her royal purple gown and appeared to help the athlete primp. Where does Lindsay find the rest of her anthropomorphized rodent substitutes? We assume that she skied through the window of their Alpine lodge by accident, then bound them with ski cords and towed them back through the snow (and, via water-skis, across the Atlantic).

Step 2: Walk the red carpet and talk to annoying people 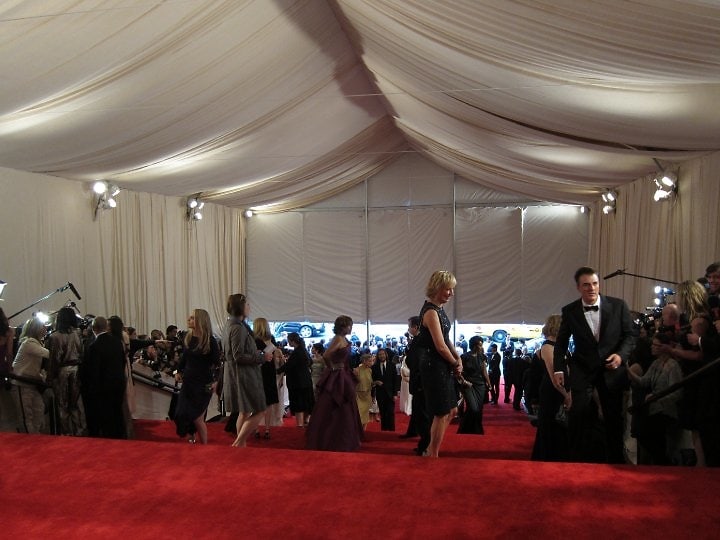 A star's-eye view of the Red Carpet. Notice Chris Noth running like the Iron Giant. 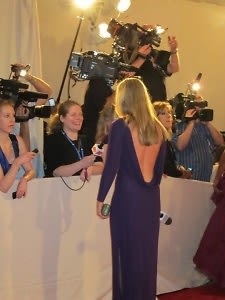 Be as evasive as possible.

Pap: Lindsay, what are you wearing? Lindsay: A dress. Pap: But Lindsay, what kind of dress? Who made it? Lindsay: It's purple. Someone who makes dresses made it. Pap: Who's the designer? Lindsay: I'm a skier. Pap: How's it feel to have an Olympic medal? Lindsay: You know, the edges of skis are pretty sharp. You could do a lot of damage with them. Pap: What? Lindsay: Start running, little girl.

Step 3: Don't waste your pretty on sub-par parties. Go for the big ones. 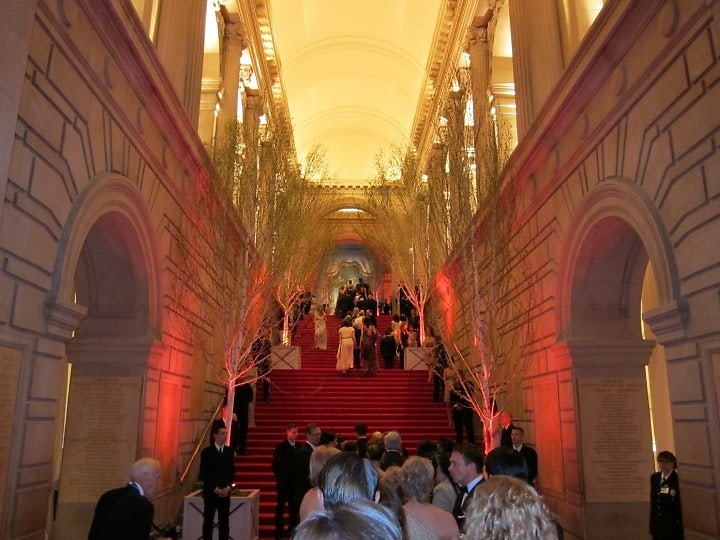 We suspect Lindsay wouldn't be caught dead at a ball that didn't have massive archways, atmospheric lighting, a huge flight of steps, and footmen positioned at regular intervals. Don't settle for second best, baby.

(Also! Another Cinderella parallel! The Disney movie totally has those same footmen on that same ginormous flight of stairs. )

(Also! If you want to see a slo-mo version of the dress tearing scene from Cinderella, you can go here. Hint: Don't watch it. It's . . .  mystifying and upsetting.  But mostly upsetting.) 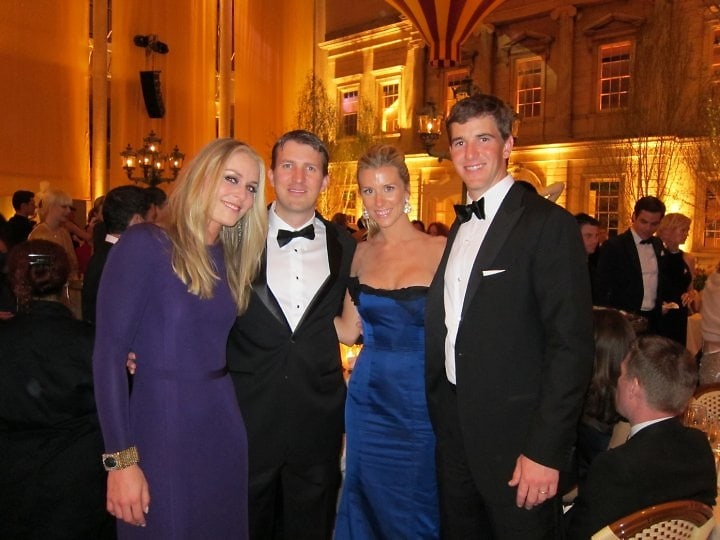 In this case, Lindsay palled around with her husband Thomas and fellow athletic god Eli Manning, along with Eli's wife Abby. Look deeper, gentle reader. See Lindsay's relaxed pose, cocked head, and thrown-back shoulder? Her body language clearly says, "Just because my spine is exposed and I am wearing enough eye make-up to interfere with eyelid function, I can still rumpus you like there's no tomorrow. I have surrounded myself by allies specifically to let you know that I will crush you like the stone hand of some vengeful Colossus, should you cross me." Red carpets are just as rough as Olympic slopes, and Lindsay clearly knows how to handle them.