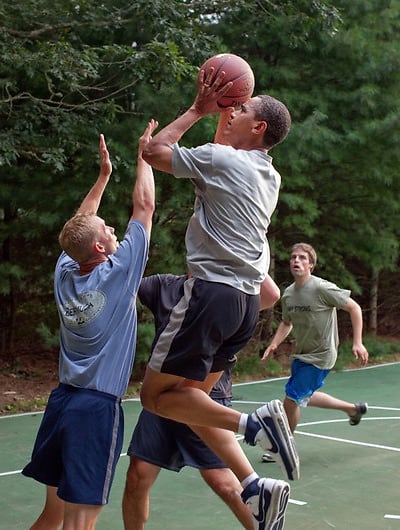 There are so many things to be proud of as we observe our president grabbing some serious air while playing basketball during his vacation on Martha's Vineyard. He's wearing legit workout clothes, which is important because there is nothing worse than an adult who will awkwardly attempt something too tight or short. Extra points for the cool shoes. Then there's the fact that he's kicking butt in an actual sport, whereas jogging with a secret service brigade seems sort of like fake athleticism. There's no team in jogging, unless you're in a relay and relays should end with grammar school PE. It feels like a solid affirmation that we have our leader and commander regulating in competition while on his vacation. Basketball as metaphor for the world? Sure. Especially when someone just got served (not only a great movie). More photos of the President's vacation on Martha's Vineyard below...[Photosvia whitehousephotostream]. 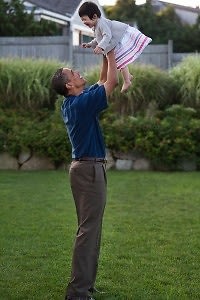 President Barack Obama plays with his niece Sevita during the family’s vacation on Martha’s Vineyard, Aug. 25 2009. 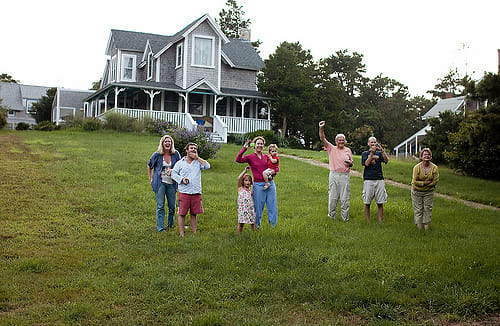 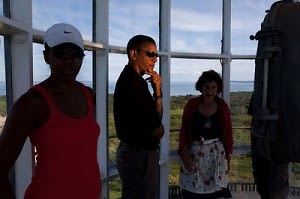 President Barack Obama and family tour the Gay Head lighthouse in Aquinnah, Mass., while on vacation on Martha’s Vineyard, Aug. 27, 2009