Fans of Sex And The City know that since his introduction in Season 5 is Miranda's son, Brady. Well, take a look at the picture at left: Brady is back. And big! Hopefully, Sex And The City 2 will answer the question fans have been wondering for years: Now that Miranda And Steve are married, is Brady's name still Brady Hobbes? Or, as some fear, is it actually Brady Brady? Only time will tell. Click below for more pictures of Sarah Jessica Parker and Cynthia Nixon on set... 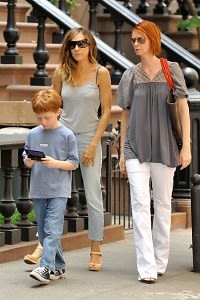 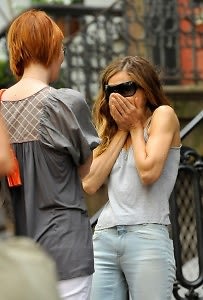 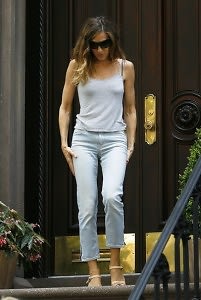