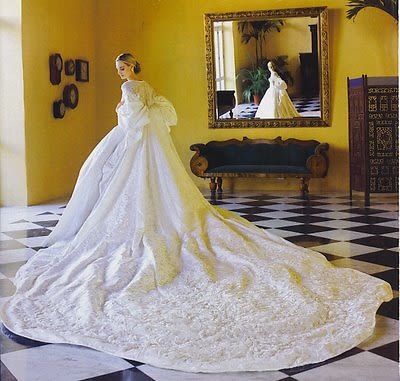 The wedding of Andres Santo Domingo and Lauren Davis may have been the first true society wedding of the 21st Century. The groom of this New York-based power couple is the heir to Colombia's most affluent beer family and the youngest son of the 108th richest man. Andres is known as Dre and co-owns Brooklyn indie label Kemado Records. The bride is a contributing editor for Vogue and the co-founder and creative director of online fashion retailer Moda Operandi. [Photo via] 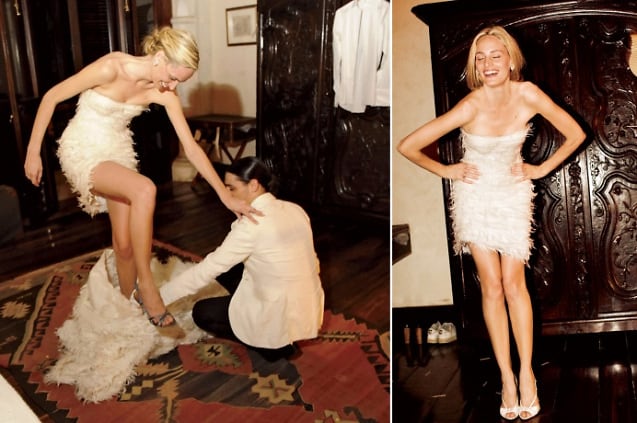 [Photo via] The couple had met in Paris in 2001, and after 7 years of dating, they tied the knot in Cartagena, Colombia on January 18th, 2008. Her bridesmaids included Tinsley Mortimer and guests included Barbara Bush and Tara Subkoff. No expense was spared in planning the three-day extravaganza, from the bridesmaids' dresses - each by a different designer - to Lauren's several gowns. One was the famous Olivier Theyskens dress that Lauren and fairy godmother Theyskens cut mid-reception so she could dance the night away. Another was Nina Ricci. So that all of the guests could walk from the ceremony to the reception, they shut down three blocks of the city. The happy couple now resides in Manhattan with two children. Who said fairytales don't come true? 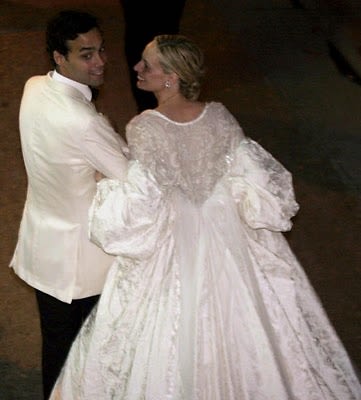 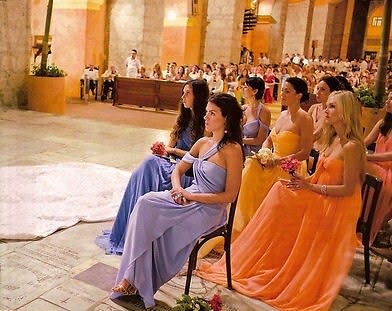