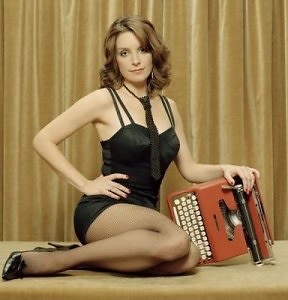 Woah, this brings back memories: Tina Fey, beloved Smart Girl Icon, first surfaced in the NYT way back in 1998. Naturally, the article is about "The View," and how Tina mocks it mercilessly.

In '98 Tina was a 27-year-old  staff writer for Saturday Night Live. Her first brush with Times coverage came when she began writing regular parody segments about "The View" almost as soon as the talk show premiered in 1997. At this time, Fey was still, as Vanity Fair epeatedly pointed out in its profile last year, totes not hot. Yet her comic instincts seem to have been intact: ''It's great material for us, because we really don't have to heighten the reality much to make it absurd,'' she told the NYT way back when. As Times reporter Nancy Haas deadpans, "She knew 'The View' was ripe for parody the moment she saw Ms. Vieira give Wesley Snipes a spontaneous lap dance on air."

Tina's Legacy: SNL's parodies of The View have continued for more than a decade, undeterred by cast changes on both shows.

These days, when Fey is well known for political satire and the clever humor of "30 Rock," it's hard to imagine her days of SNL anonymous staff slogging . . . though not as hard to imagine a time when "The View" itself was actually considered intelligent television. That's right, guys, the NYT calls the show "surreal," "salty,"  and "smart." The kaffeeklatsch was "a groundbreaking format helmed by "five bright, brash women" (Incredulous emphases are ours). Was "The View" ever smart? Is it smart now and we just can't see it? 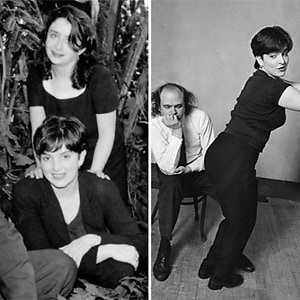 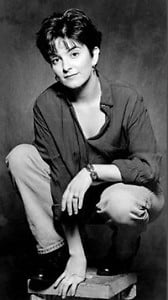 If only writer Haas had been psychic enough to foresee Fey's success and "The View's" burgeoning irrelevance, and had devoted her column-inches to the young Tina. Oh, the things we could learn. At least the paean to Barbara Walters's pet project does give us this sweet vignette, which reminds us of something Fey's alter-ego Liz Lemon would do to her hapless TGS performers: In the '90s, Barbara Walters used to hang out in the green room on days she wasn't hosting the talk-show, delivering prompts to the other ladies' tiny earphones. Messages like, ''Tell Star to get to the point." 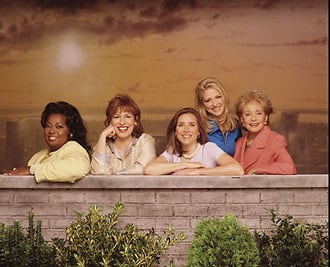 The original cast of "The View."

Other mind-bending factoids from the ancient article:

The resident clueless blonde on "The View" was not Elisabeth Hasselbeck but Debbie Matenopoulos a 23-year-old N.Y.U. grad who eventually got fired because none of the other hosts had any idea what she was talking about. (Wikipedia tells us that Joel McHale gave her the nickname "Raccoon." Okay!)

DNA proof had just come through that Thomas Jefferson fathered children with his slave Sally Hemmings! 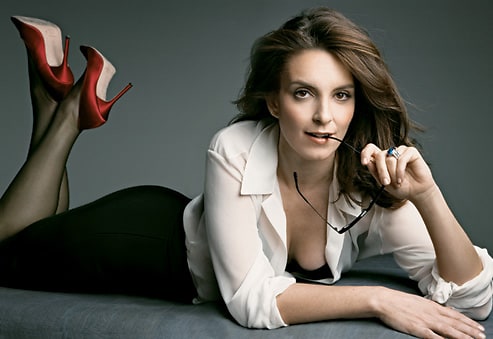 Speaking of good hair, we'll leave you with a photo of Ms. Fey as she is today, minus her 1990s bowl cut. [photo courtesy of Vanity Fair]