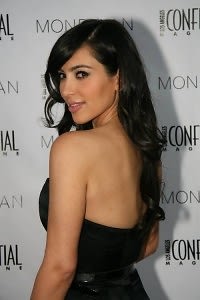 Some celebs immerse themselves in New York life for mere enjoyment. The Kardashians have become fixtures on the nightlife scene for a much different reason: Cold hard cash. As one recent club owner learned, you'll have to pay a lot for a little. Just how much do Kim, Kourtney and Khloe cost?

The sisters were paid $25,000 to promote their new prepaid Kardashian MasterCard at Pacha. The contract demanded they stay three hours so when the girls left after less than one, club owners angrily called them back, according to Page Six. Upon returning to the club, they stayed just another 60 minutes, cumulatively not meeting the required time span and infuriating the owners to the point of asking for a refund.

This isn't the only time the girls have come and gone quickly. On Monday, Kim and Kourtney stayed at Chelsea Room for eight minutes as Scott promoted the male enhancement drug Amidren and they've been spotted on several occasions having their photos taken and entering an establishment only to exit minutes later.

Plenty of celebs do this and they all get paid well, but the excess in number of things endorsed by the Kardashians, pushed along by mere greed and lack of any obvious talent or reason for fame (I think we're all over the Kim's butt and her sex tape by now, right?) just exacerbates the abject grossness of the circus surrounding them.  They give no thought to what they are standing behind, leading their fans to buy low quality, not to mention potentially dangerous, products.

Nothing against Quick Trim, but do you feel sexy? You too can Live the Dream.

To date, here's a non-exhaustive list of some other products they've been paid to keep up with: 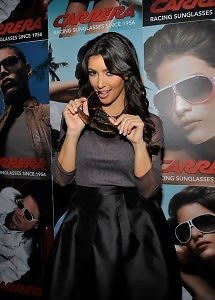 And that's not everything. Kim reportedly gets paid up to $10,000 to Tweet about a product and rakes in $5.45 million a year.  Does all this shilling mean she knows her 15 minutes are almost up?  Is she just cashing in while she can? Should be interesting to see what she endorses next for uber fans to purchase with their Kardashian MasteCard.  I say we pool our money to hire her as Stanley's dog walker. Other thoughts?