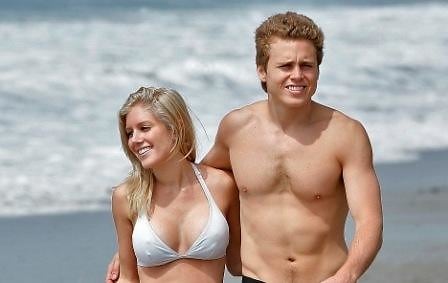 It's Monday night and you know what that means.... We get to waste another hour of our lives watching the most abominal reality TV show couple to grace the prime time screen yet, Spencer Pratt and Heidi Montag. That's right, The Hills is on.  And it's a big week for Heidi.  Not only is she on the cover of US Weekly, speaking candidly about her breast enlargement, but there's an email going around of her supposed Tiffany's registry that would validate her wedding date as June 1st, 2008; as well as her love of the Tiffany Bubble Stemware series.  Here is a screen shot of the registry, your guess is as good as ours as to whether it's a fake or not.

We are guessing this is just a stunt by MTV to keep the show's ratings strong, it's no secret that they need those two golden lovers to keep their network alive.  We hate admiting to even watching this show but we sometimes find ourselves entranced by evil Spencer.  Never have we been more disgusted yet intrigued by a reality character.  It's pretty embarrassing.

p.s. Notice that not a SINGLE item has been purchased off the list yet.  This could validate it's falsehood, but it could just as easily confirm simply that these two have no friends:(