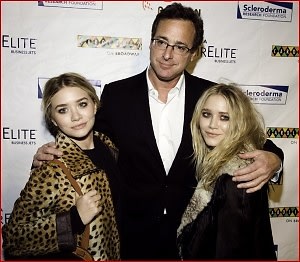 On a scale of one to ten, how much do you think Bob Saget's daughters, Lara and Aubrey Saget, HATE Mary-Kate and Ashley Olsen? Last night, they were reunited with Saget's tv daughters and John Stamos at the 2009 Cool Comedy Hot Cuisine Event, and, we're guessing the two sets of daughters hate each other. A lot.- 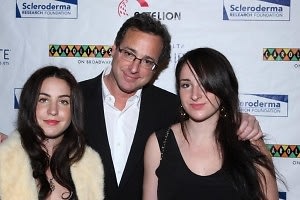 While poor Aubrey and Lara were growing up, Saget was known as the loving father of the America's favorite flaxen-haired twins. The Saget girls probably stayed home while Bob flew to Florida to film the episode of Full House where the Tanners go to Disneyland and Michelle cuts in line and becomes the Queen of Disneyland For A Day. You know they hated that bitch.

In High School, Lara and Aubrey probably battled acne and SATs and homework and boys while the the freaking Olsens were busy overseeing casting calls for cute boys who would play their boyfriends in films such as "Passport to Paris' and "Winning London".

Aubrey, who I like to imagine as a dark-natured, tortured artist, probably thought she was getting away from it all when she decided to leave Los Angeles and move to New York for college. Until those damn twins stole her thunder by deciding that they ALSO wanted to go to NYU. 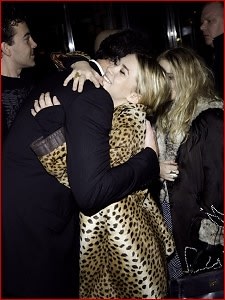 I bet she laughed, long and hard, when the twins dropped out after a year to pursue fashion. "Ha! Yeah! Sure! Sure, go do fashion! SEE HOW EASY IT IS!" I'm sure she cackled. And then, of course, they were wildly successful.

So even though Aubrey went on to do cool artsy things in college like paint with her eyelashes, her successful completion of a degree at NYU will forever be overshadowed by the twins (is it safe to refer to them as her mortal enemies?), who DIDN'T EVEN GRADUATE!

And now, the twins are back in New York, posing for pictures with their fake dad, probably greeting the Saget girls with a distant "Oh, heyyyyy......", as if  to say "oh yeah, he said something once about daughters..." 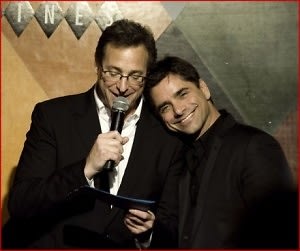 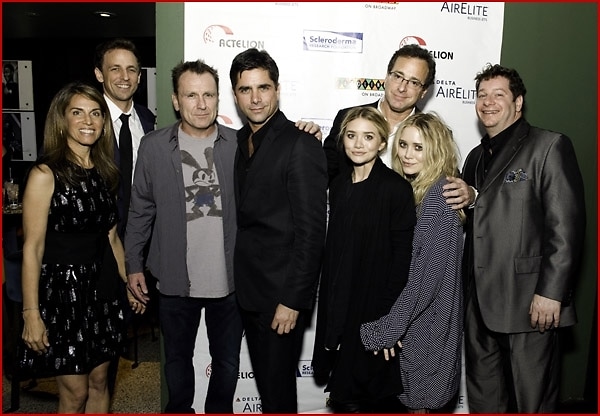 Photos below by JIMI CELESTE for PMc: 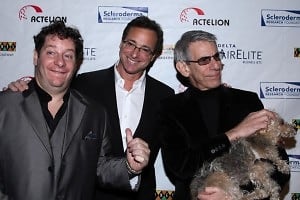 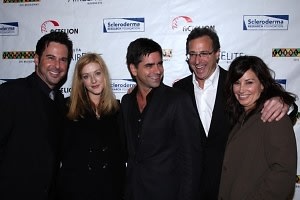 [Note: Of COURSE this post is all speculation. As far as we know, The Sagets and the Olsens are BFF].