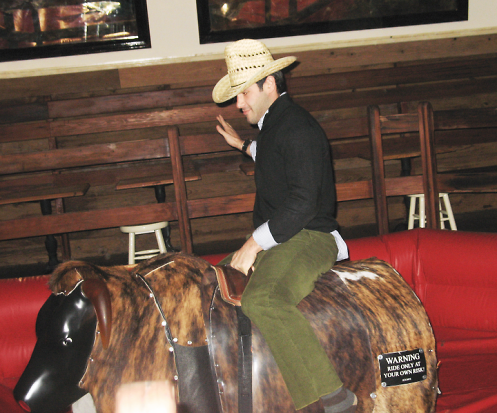 [Insert your own Julia Allison joke here. Photo via Flickr]

Ben Leventhal is making the news rounds today.  No, he's not in another feud with our common frenemy, DBTH, nor has he unearthed a new, never before heard of hot spot on his site eater.com (which he co-founded with Lockhart Steele after founding shelovesny.com).  Nope, rather his relationship with fellow blogger and non-society co-founder Julia Allison finally came out, proving that not even guys who fly under the radar like Ben can stay invisible when dating Minnie Mouse. One thing's for sure, his relationship (if you can still call it that - he apparently made JA promise it would never come to light online, though it's now been Gawkered) has had little effect on his personal style and penchant for blue oxfords.