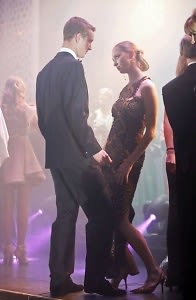 He's the grandson of Grace Kelly and Prince Rainier III of Monaco. She's the daughter of an Italian count, the descendant of a Saint, and muse of Valentino. Together, Pierre Casiraghi and Beatrice Borromeo make up one of Europe's most stylish socialite couples. Let's take a look at what they wear, from attending balls in Monaco, fashion parties in Milan, and days off around Rome.--

Earlier this week, the longtime couple, who met while Pierre was studying in Milan, attended the 2010 Morroco-themed Rose Ball in Monaco at the Salle des Etoilles at the Monte-Carlo. 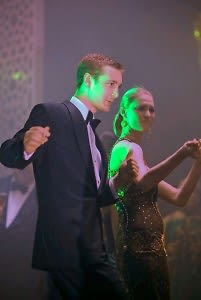 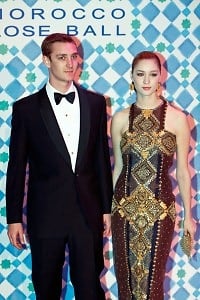 Pierre played it safe with a traditional tux, looking every bit as princely and elegant as one would expect from, well, the son of a Princess. Beatrice, however, played to the Moroccan theme of the Ball, by wearing a a dress that perfectly reflects the elegance of traditional Moroccan design. The couple gets extra style points for their awesome dance moves, too.

Here, the couple try out a more casual look for an afternoon of bike-riding through Rome. 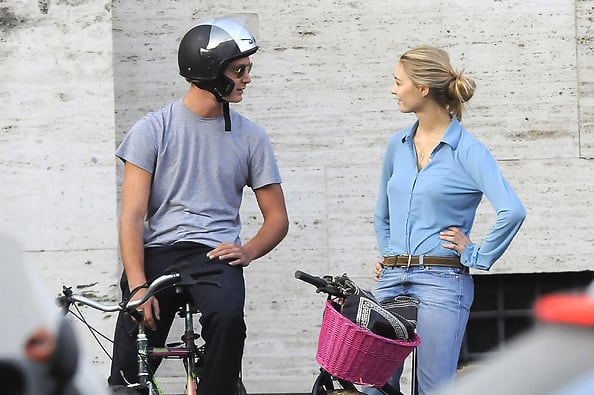 Pierre, again, keeps it simple and classic with dark khakis and a simple gray shirt (deftly avoiding hipsterville by opting for crew-neck over V-neck), and round sunglasses. Beatrice's casual look consists of Converse, light denim jeans, a tucked in button-down, belt, and what's got to be the world's best highlights. She keeps the acessories toned-down--with the exception of her bright pink basket, of course. 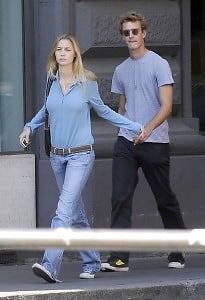 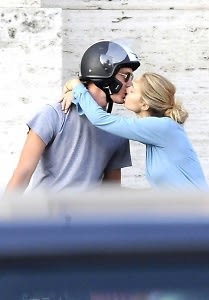 More sightseeing in Rome: this time, Pierre goes REALLY casual with a pair of denim jeans, a tshirt, and...is that a purse around his shoulder, or a camera? Beatrice is slightly more put together, pairing her casual t-shirt and jeans look with a jacket and ballerina flats. 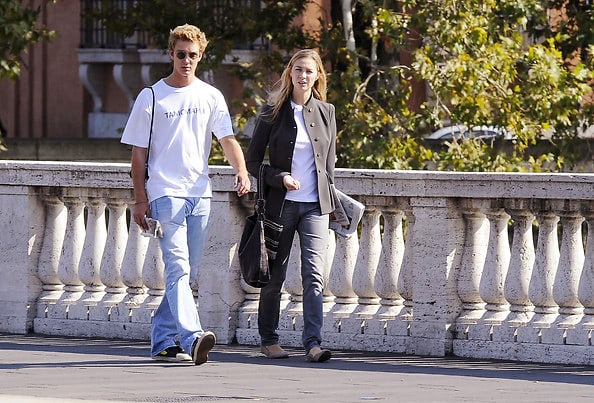 Proving that they can do formal, casual, AND cocktail attire, here is the couple at a Diesel launch party in Milan. Pierre goes for a velvet blazer, bright blue scarf (inching into hipster territory there...) and sneakers. Beatrice wears heels and a black fur coat which almost completely covers her black mini-dress. 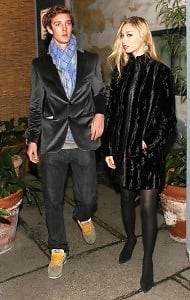 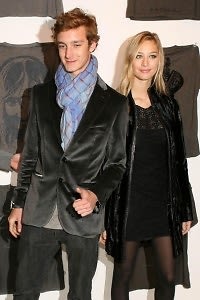 Watching the Formula One Monaco Grand Prix qualifying session is both a family affair and official engagement for the Royal Family of Monaco, so Pierre and Charlotte carefully tow the line between casual and too casual. 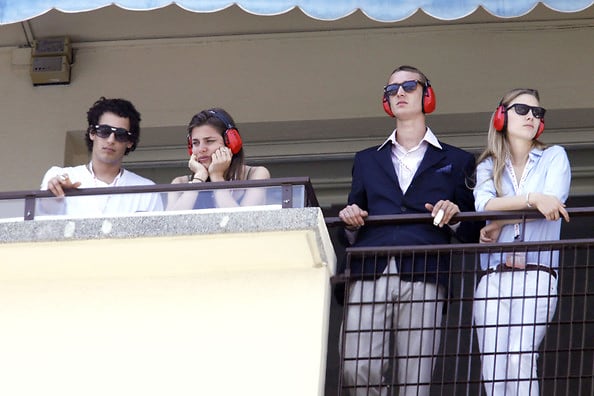 Pierre sort of looks like an English prep student with khakis, a blazer, and pink shirt. Check out his pocket square, too! Beatrice on the other hand looks Riviera-chic with white jeans, a button down, and belt. (Pierre's usually fashionable sister Charlotte, on the other hand, just looks bored.) 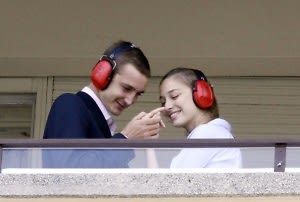 These two do not shy away from PDA!

Let's take a look at how the couple dress when their apart: 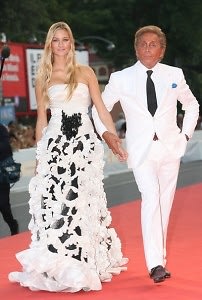 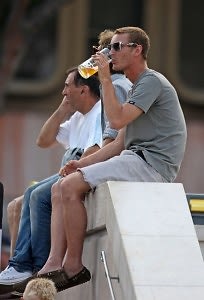 Beatrice, fashion icon and muse that she is, tends to dress the part for her red carpet engagements sans Pierre, often appearing in showstopping floor-length gowns designed by designers such as Chanel, Roberto Cavalli, Paul Smith, and in this case, Valentino. Pierre, on the other hand, seems more comfortable in casually, if somewhat pretty clothes. 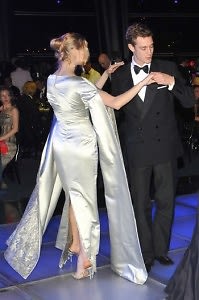 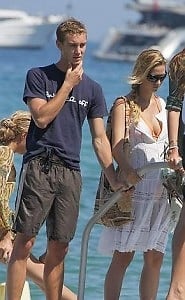 Together though, the couple is perfectly in sync, whether they're on the dance floor or on the Mediterranean.