Karlie Kloss modeled for the first time at age 13, and now, five years later, she has skyrocketed to modeling super-stardom. She has walked in countless runways shows, and fashion magazines.  Most recently, she is recognized not for winning a fashion award, but for winning Joe Jonas' heart. But let's be honest, who could blame the Jo Bro? With a face like that she's every man's (or teen heartthrob's) dream. 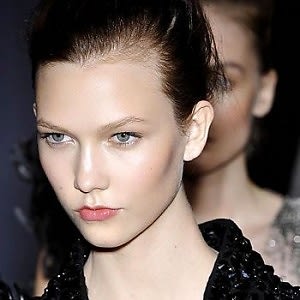 Before Karlie was an international supermodel, she was a ballet dancer. She started dancing at the age of 10, and quickly became a very talented ballet dancer. Karlie was in a number of performances, including the Nutcracker.  Karlie says her classical ballet training is a "beautiful thing" that helped her move in the modeling world. She even said that her dance experience helped her develop her runway walk, which she refers to as a "moody gait",  at the very beginning of her career.

Karlie was discovered at age 13 at a charity fashion show in St. Louis, MO.  In 2007 she signed with Elite Model Management, then in 2008 she moved to NEXT Model Management, causing worldwide industry chaos.  She as been in advertisements for Dior, Dolce & Gabbana, Hermes, Oscar de la Renta, Marc Jacobs, the list goes on and on.  She has become a muse for Jon Galliano and Dior, and has walked in hundreds of runway shows worldwide.  Kloss is ranked 4th on the Top 50 Models Women List on models.com, and Vogue Paris declared her as one of the top 30 models of the 2000's. 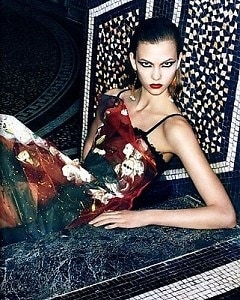 As if all the girls didn't have enough reasons to be jealous of her, Karlie and Joe Jonas were spotted getting cozy at the Santa Barbara Polo & Racquet Club on Saturday, at Prince William's charity tournament.  We all know Joe gets around, (previous girlfriends include Ashley Greene, Demi Lovato, and Taylor Swift) but he seems to have an eye on our favorite young supermodel. After being spotted at the polo match, three photo booth pictures emerged of the pair laughing, making kissy faces, and flirting. Later they were seen sipping bubbly, and snitches say they were sitting very close together .  Looks like Prince William wasn't the only one scoring on Saturday.