You may know him as Amanda Seyfried's Mama Mia! co-star and former arm candy, or was it the other way around?   Either way, since their break-up, Dominic Cooper has been adding to the summer heat with his mysterious looks, his role in Captain America: The First Avenger, and plotting to survive in the Middle East in The Devil's Double.

Born and raised in Greenwich, England

Attended the London Academy of Music and Dramatic Art

Has worked in theater, starred in Mama Mia! and once appeared in an ad for Durex condoms 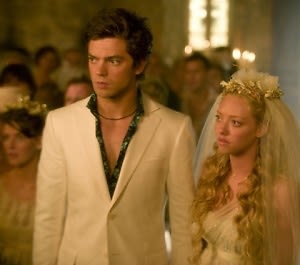 Although his name is being mentioned more frequently in Hollywood, Cooper has already made his rounds with the ladies, and has made a name for himself amongst them.  Everyone's favorite gossip monger that we love to hate, Perez Hilton, once reported that Dominic was caught making out, or practicing kissing scenes with a theater co-star Ruth Negga.  We didn't want to believe it to be true, but after Seyfried spoke with Elle magazine and said Cooper and his ex Joanna Carolan,

I got my heart broken pretty hard...I was just kind of foolishly thinking that the two of them were done and Dom and I were involved.

the accusations are much more believable.  He has even been linked to party girl train wreck, Lindsay Lohan.  The two were spotted partying in Cannes till the wee hours in the morning.  His mischievous looks may be a hint to his playboy nature, he does ride a motorcycle after all. 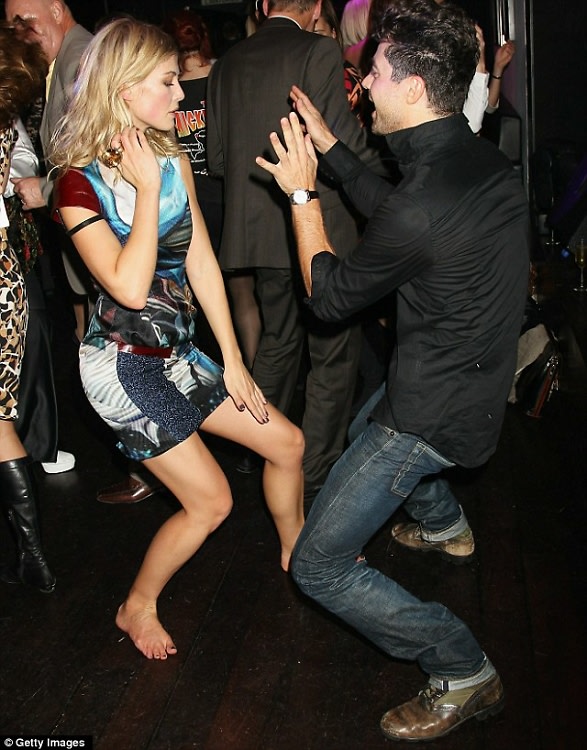 He may play hard, but luckily he still finds time in his busy schedule of womanizing to get some work done! You've got to hand it to him, he isn't some good-for-nothing attempting to mooch off of an A-list starlet, the guy  has talent.  He's been described as a "scene-stealer" in Captain America: The First Avenger.  He has been causing a wave of attention after playing the son and body double of Sadaam Hussein's son Uday Hussein in The Devil's Double. Of his diverse characters he said,

Whether people respond to the film or not, it certainly lets them see another aspect of what I can do rather than prancing around on a beach singing.

So far, he's been getting positive feedback for his film efforts, even being praised by Latif Yahia the real-life body double of Uday Hussein.  I foresee Cooper enjoying an impressive acting career and pulling George Clooney; no doubt the finest example of a serial dater.  Women of Hollywood, beware!

Where You'll See Him Next

The talented actor can be seen in the already completed short film Hello Carter. He's slated to appear in Abraham Lincoln: Vampire Hunter a film adding the current Hollywood obsession, vampires, and their interaction with the mother of Honest Abe.  In 2012, he will star in My Week With Marilyn alongside Michelle Watson and Emma Watson.