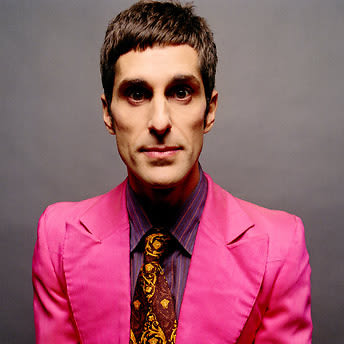 Perry Farrell, the front man for Jane's Addiction and was most recently spotted this week at the John Varvatos party in the old CBGB location.  This crazy cat who founded Lollapalooza (initially as a farewell tour for Jane's Addiction in '91) may not be as crazy as some of his looks have suggested.  Sure he's wacky, eclectic and at times, looks downright loony; but he's an un-boring rare character, which we find endearing.  Also, he cleans up well.

Farrell married Etty Lau Farrell, a professional dancer who has performed in all the Jane's Addiction shows since the 1997 Relapse tour, in early 2002. The couple now have two sons together, Hezron Wolfgang and Izzadore Bravo. 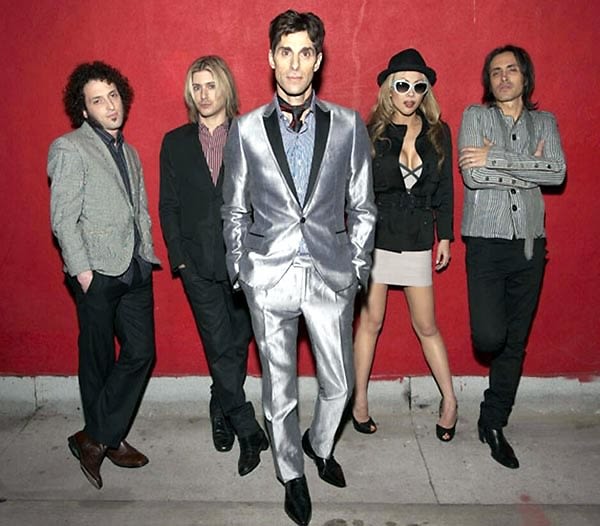 In a video interview with Blender Online, Farrell says of his wife, "Etty and I have been working together since 1997. The very first time I saw her come in and shake her... ponytail, I hired her and I fell in love with her on the spot. We travel together and we have a collective memory. So in another words, I don't remember anything and she just reminds me of everything. So we share this memory bank. And it ain't a bad thing waking up with a hot chick in your bed everyday." [Wikipedia]

Maybe Perry's the reason why Jane's Addiction is always the hot band of Fashion Week?