We all remember those blurry photographs of Sean Penn and his shotgun surveying the damage down in New Orleans but most of us thought this was just Sean being Sean. It is nothing new for celebrities to use their name brands to aid natural disasters, however, the Haiti earthquake disaster marks a new trend where becoming a first-responder is the vogue. Not to name names, but right now it seems that every socialite and her brother are trying to jump a plane down to Haiti.

While any effort to genuinely help Haiti in its most trying hour is commendable, we’re not quite sure that this is the best way to go about it...

Emergency disaster relief is extremely dangerous and requires extensive training. The responders on the ground are soldiers, doctors and primarily relief agencies who specialize in first-response. The dangers go without saying; lack of civil order, disease vectors, etc. In addition, the aid to Haiti is extremely bottle-necked. The Port-au-Prince airport is a logjam with many relief flights being turned away or delayed. Getting aid to where it needs to go is proving even more difficult. 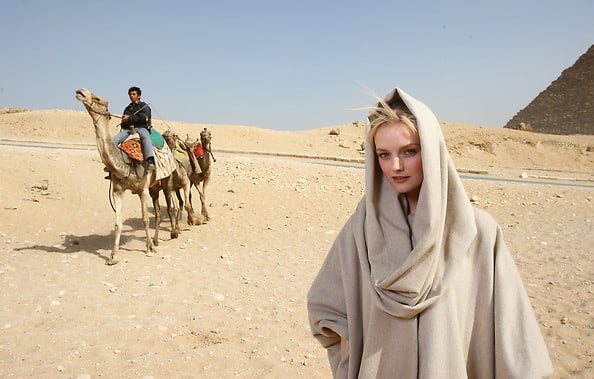 [Lydia Hearst on adventure for "Operation Smile" in Egypt, back in the days when Egypt used to be enough to showcase your social influence.]

Extra people who are untrained flying in on unnecessary planes are not what Haiti needs right now.

Natural disasters and charitable behavior have always demonstrated the best parts of humanity, and unfortunately the worst. There are those who want to help because it is the right thing to do, and there are those who want to help because they see an opportunity. Over the last decade the Red Cross has been plagued by embezzlement scandal after scandal. Bono, while relentlessly beseeching his hard-earned dollars for Africa and his ongoing quest for sainthood, went out of his way to structure his finances on the Isle of Man to avoid paying taxes in his homeland. Even Haiti’s own Wyclef Jean, who has been its most visible mainstream champion, has come under fire for the use of finances of his NGO Yele Haiti. While all three of these examples have done much more good than harm, Ayn Rand never seems to be far away. 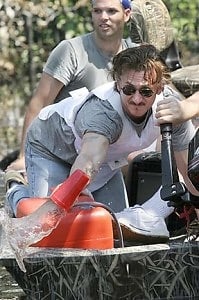 [Sean Penn's sinks a boat while trying to save Katrina victims]

Those facebook photos may serve as personal bragging rights, but at what price? The fact that it takes money, power and connections to get into Haiti right now doesn't mean it should serve as becoming the new "it" destination for untrained socialites/celebrities.

If a celebrity or socialite is willing to drop everything to go down to Haiti, they should at least be willing to educate themselves on where they can actually add the most value to the relief effort. They would soon realize that the best allocation of their abilities is not digging people out of rubble but rather doing their best to mobilize long term charity efforts that will help Haiti return to what it was and grow beyond. Nobody wants to believe that someone’s generosity is disingenuous, however, until it starts making sense, it is going to ask a lot of questions.