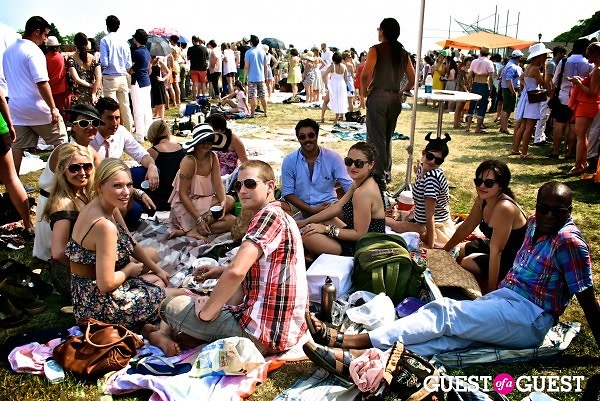 Go HERE for more photos by Sandra Rosales and tag yourself and your friends!

Over the weekend, Veuve Clicquot hosted a charity polo match on Governors Island that featured Britain's Prince Harry and local polo hottie, Nacho Figueras. Hundreds of Princess hopefuls (after all, Harry's relationship with Chelsy Davy is allegedly on the rocks) showed up to support the clumsy Prince in colorful and bewildering head gear.-

The Ponsardin champagne house and brand undertook the polo classic in hopes of raising funds for the American Friends of Sentebale, a charity that beloved royal Harry founded himself. Harry's involvement with the organization, which supports orphaned and vulnerable children in Lesotho, is an example of his efforts to continue the late Princess Diana's work with countries affected by the AIDs virus.

At the center of the event was an exhibition match between the Black Watch and Black Rock polo teams. A celebrity packed crowd, which included the likes of Mary J. Blige, Susan Sarandon, Val Kilmer, and Julianne Margulies, watched as the highest ranked polo player in the world, Nacho Figueras, defeated the Prince and his Black Rock Team. For spectators that got bored watching the games - despite the fact that Harry took a spill off his horse at one point - there was enough people watching to entertain for hours... 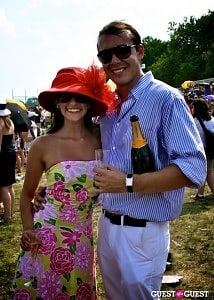 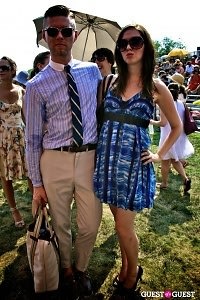 We recognize that no one in the photo on the right is wearing a hat, but that gentleman's take on a bowl haircut is just as much a fashion statement, right?