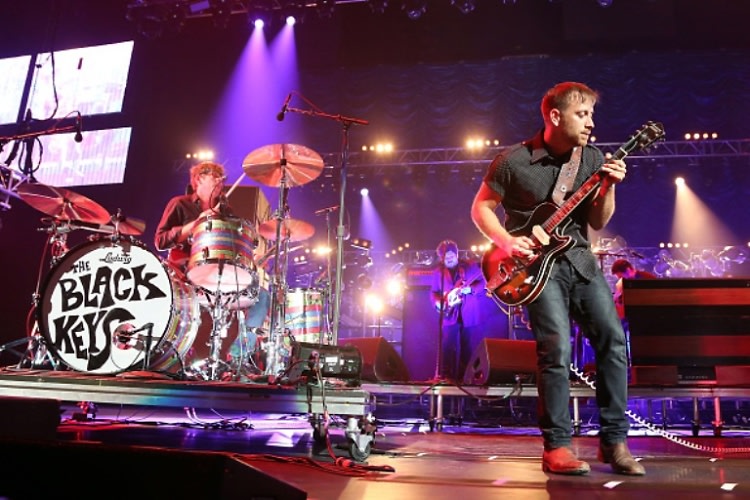 Last night Blackwell Rum and Miss Lily's hosted the after-party for the Black Keys concert. The event followed the bands two shows at Barclays Center, and took place at the East Village location of Miss Lily's. Early on, the small restaurant and bar became filled up for the private event. Music producer and man-about-town Ben Bronfman had a table with artist Dustin Yellin, while Galore Magazine founders Prince Chenoa and Jacob Dekat sat across them. Cleo Wade and Margot were dancing to the reggae-focused mix that was playing in the back of the room. Outside, A$AP Rocky showed up in an all-black outfit and was in a jovial mood.

The rapper was granting photo ops with the many fans who asked, but refused to be in a photo alone, insisting that the fans be in it with him. He chatted about possible attending the upcoming Global Citizens Festival on Saturday, before heading back inside to enjoy the party. Lily Allen also came through in a shiny silver jacket and transparent pink backpack. The singer, who had also performed yesterday, discreetly made her way to the back, but was sweet to the fans that couldn't resist talking to her. The Blackwell cocktails continued to flow well into the night, with the coolest crowd of downtown New York staying out late to celebrate the world-renowned band.