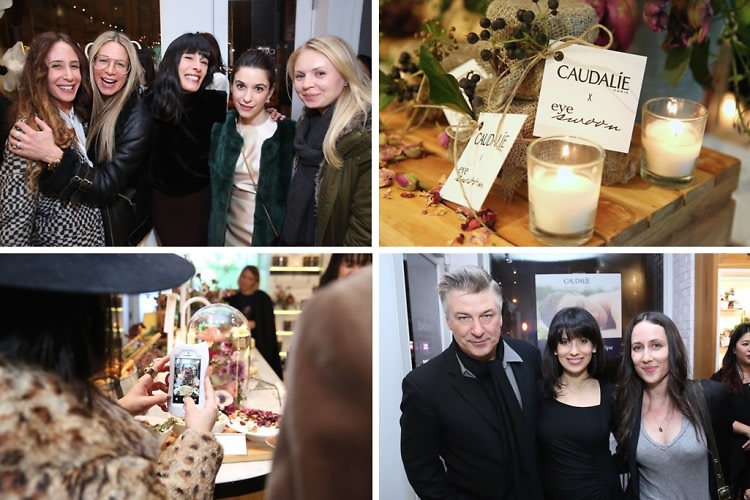 Thursday evening, the founders of French skincare line Caudalíe, Mathilde and Bertrand Thomas, celebrated the launch of their Premier Cru Elixir with a tasteful event hosted by Athena Calderone of EyeSwoon at the brand's West Village location. Collaborating with Poppy's catering and Putnam Flowers, Athena showcased the very same ingredients found in the elixir: prickly pear, jojoba, rose, and grape through the flower arrangements and hors-d'oeuvres. Alec Baldwin and his wife Hilaria (who's expecting!) were both in attendance, along with GofG founder Rachelle Hruska MacPherson, and designers Jennifer Fisher and Mara Hoffman. Click through for an inside look at the glamorous event!

[Go HERE for more photos by Wendy Ploger and tag yourself and your friends!]